Continue to Deadline SKIP AD
You will be redirected back to your article in seconds
Skip to main content
June 20, 2019 8:45am 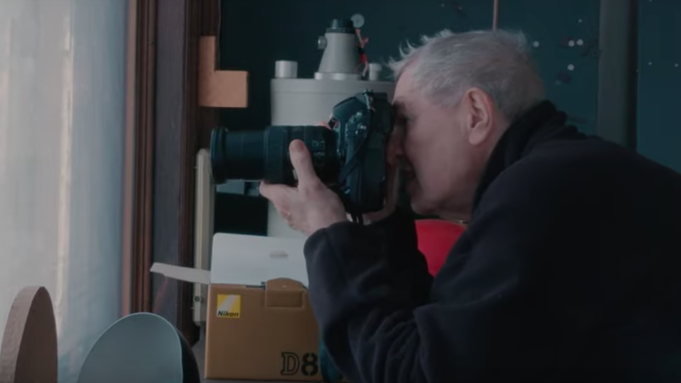 EXCLUSIVE: “What I am trying to do all the time is to try and see things anew — to see things a way a child would see them,” said the iconic photographer Jay Maisel in the new trailer for Oscilloscope Laboratories’ documentary feature Jay Myself.

The documentary marks Wilkes’s documentary feature debut. Jay Myself documents the monumental move of the renowned photographer and artist, who, in February 2015 after 48 years, begrudgingly sold his home; the 36,000 square- foot, 100-year-old landmark building in Manhattan known simply as “The Bank.” Wilkes, also an artist and photographer who was Maisel’s protege, takes a look at his life through an intimate lens, showing Maisel’s remarkable journey through as an artist, mentor, and man; a man grappling with time, life, change, and the end of an era in New York City. The footage shown in the trailer captures the essence of Maisel and his creativity and the way he sees things.

The film bowed in 2018 at DOC NYC and is slated to open in New York on July 31 with national expansion over the following weeks.

The film was produced by Bette Wilkes, Henry Jacobson, and Emma Tammi; executive produced by Doug Blush (Period End of Sentence, 20 Feet From Stardom) Michael Hirschmann, and Jennie Wilkes. The film was written by Josh Alexander.