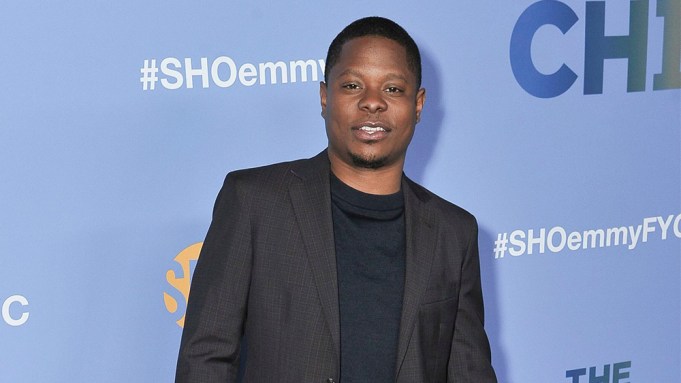 Jason Mitchell has broken his silence about being dropped from Showtime series The Chi and the Netflix film Desperados, saying he’s “not 100% sure” what sparked the misconduct claims that led to his career crisis earlier this year.

In a sit-down interview Monday with New York radio program, The Breakfast Club, the actor gave his side of the story.

“To be honest, I’m not 100% sure what the allegations themselves were, but I can tell you what happened,” Mitchell said about being dropped from Desperados this past spring, as production got underway in Mexico.

“We were in pre-production and I went out with a co-worker of mine and she got drunk. Being the person that I am, I felt responsible to make sure she got home,” he said. “We’re in Mexico City and we’re in a foreign land and we should stick together. So I was like, OK, this isn’t where I leave her. I made sure she got home.”

Mitchell said the team behind the film insisted they meet with him and rehearsals were canceled.

“They came to me and they were like, ‘Jason, we need to talk to you about this activity that went on,’” he continued. “They weren’t exactly specific with me about anything, you know? And I was a little baffled about that. But they did pay me in full, you know, before I left.”

He added, “If I did do anything, say anything, to make anybody feel any kind of way, you have my deepest apologies.”

As Deadline reported in May, in addition to losing the lead roles in Desperados and the Lena Waithe-created, The Chi, Mitchell was dropped by talent agency UTA, and management company, Authentic Talent & Literary Management, amid allegations of inappropriate behavior.

During the radio interview today, host Charlamagne Tha God asked Mitchell if the allegations at The Chi involved actress Tiffany Boone, who played his on-screen girlfriend.

Mitchell insisted “there actually was no situation” with the actress, adding that season two showrunner Ayanna Floyd Davis “made a statement for Tiffany Boone and also I guess said some things about Desperados and she had a lot to say, but she was the only person that ever made a statement at all.”

He went on to say he supports the #MeToo movement, and accused Floyd Davis of using increased awareness about harassment in Hollywood against him.

“I’m all for the #MeToo movement,” he stated. “But I think, in this situation, Ayanna tried to use it as a really, really ugly weapon.”

Mitchell also insisted that Boone left The Chi for another opportunity.

“Tiffany Boone left the show because she got a better job. She put in two seasons with us and she went on to get a better job. Anybody who knows Tiffany Boone knows that she is the epitome of a Black woman,” he said. “If you try her, she will get you together, right then and there. I encourage people to be more like that. Had me and Tiffany ever had a situation in which she felt sexually harassed, she would have told me about myself in that moment.”