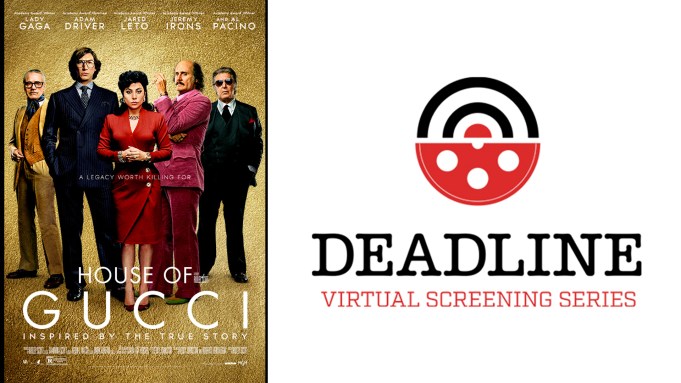 Arguably, Jared Leto stands alone this year as the one actor who literally disappears onscreen.

Sure, every actor strives and yearns for such high standards, but Leto outstrips many in his transformation into pudgy fashion designer Paolo Gucci in MGM’s Ridley Scott movie House of Gucci, the one Gucci who like Rodney Dangerfield, just couldn’t get respect.

It was that “clown prince” and Fredo nature of the character which jumped off the page for Leto; the actor literally having no idea what the real guy looked like.

But after combing through an immense amount of research, Leto had three weeks to turn himself into a man, he literally looked nothing like. Not to mention, Leto has long hair. The actor on his own enlisted prosthetic designer Göran Lundström and wigmaker AnnaCarin Lock to come up with Paolo’s look. Scott, nor any of the cast, reportedly had any idea of what Leto’s look would be. Leto, when he arrived on set, even fooled co-star Al Pacino (who plays his father Aldo), The Godfather actor blown away by the 360-degree costume.

Leto is no stranger to metamorphosis having lost 30 pounds to plays a drug-addicted transgender woman with AIDS in 2013’s Dallas Buyers Club, a role which won him a Best Supporting Actor Oscar.

Pacino’s reaction alone “said a lot about the work and gave me a boost of confidence,” Leto tells Deadline at our virtual screening of House of Gucci, “It’s safe to say no one ever saw me out of character.”

According to Paolo Gucci’s 1995 obituary, he designed 80% of the items in the Gucci catalog. During his life, he was fired twice by Gucci, but started his own brand. Paolo had big plans to exploit Gucci with designs of lamps, sunglasses, furniture, sleepwear, bedding accessories, lingerie and flatware. In 1980, he stopped working for the family business, and in 1987, he sold all his remaining shares in the Gucci company for $45 million. Much of this is not documented in the movie which is based on Sara Gay Forden’s book about Patrizia Reggiani’s (Lady Gaga) murder of ex-husband and fashion scion Maurizio Gucci (Adam Driver). Shortly before his death, Paolo declared bankruptcy with debts around $90M. As the movie portrays, the son was integral in turning in sensitive information which implicated Aldo, leading to his papa’s arrest in 1986. Paolo Gucci died from heart and kidney failure at the age of 64, a few months after the murder of his cousin, Maurizio.

“Paolo is an unsung hero in the Gucci story, he was unheard and unseen by those closest to him, his family,” explains Leto, “He was a force to be reckoned with and there’s still a lot of his work that’s still intact and celebrated.”

House of Gucci, released by United Artists Releasing, is the highest grossing drama during the pandemic, making close to $52M stateside and $145M WW. Leto stars in Sony/Marvel’s Morbius next and tells us that Tron 3 is happening, with a script set to be delivered quite soon.