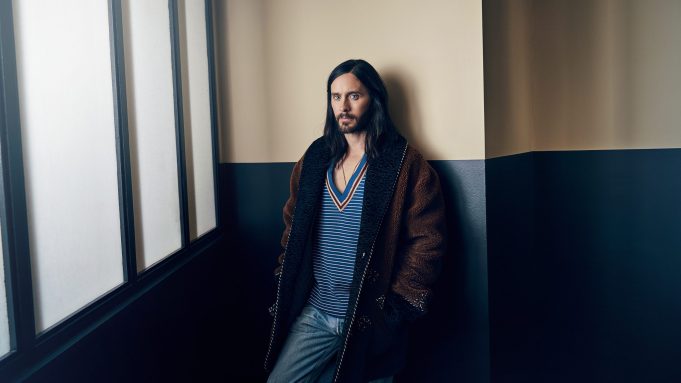 Less than a week after giving Deadline an exclusive glimpse into his latest documentary effort, A Day in the Life of America, Jared Leto took a break from work in London for the pic’s Tribeca premiere.

Shot over the course of 24 hours on July 4th, the apolitical doc sent 92 crews to all 50 states—along with Puerto Rico and Washington D.C.—to capture the country as it is now, with beauty and unrest in equal measure.

“This is something I’ve been thinking about for a really long time,” Leto told Deadline, appearing in studio in Tribeca. “I thought it could be an opportunity to turn the camera on ourselves, and capture a portrait of this country, and these really tumultuous, fascinating times that we’re living in.”

An ambitious experiment, the film came with a mandate for its 30-plus producers, sent in search of stories around the nation: Every bit of footage used had to be captured within the span of one day.

For Leto—who wrangled the production from Los Angeles—one of many challenges involved with the project was “making sure that you have enough footage to make a compelling piece that is telling a story out of hundreds of vignettes.”

Another, of course, was the edit. “[With] the amount of footage that we shot, we could make 100 movies,” the actor-turned-director said. “I’m sure there are stories that we haven’t even uncovered, things in there [that] maybe we’ll discover—the secret to the moon landing, or whoever shot JFK maybe confessed.”

To take a look at our Tribeca conversation with Leto, click above.