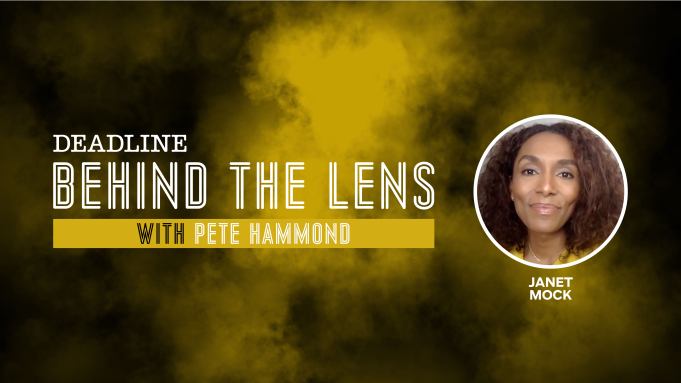 As a best-selling author, a leading advocate in the transgender community, a much honored person not only in the LGBTQ world but also for people of color and now as a trailblazer in movies and television, Janet Mock is making history. As writer, producer and director on the FX series Pose, she became the first trans woman of color ever hired as a writer on a TV series, and now with a three-year deal with Netflix the first trans woman of color to have that distinction in television as well.

Mock is a force to be reckoned with, and she is expanding her empire at Netflix with the currently running limited series Hollywood, in which she worked with Pose co-creator Ryan Murphy as a producer, writer and director of two of the key episodes in the seven-part series that imagines a much different Hollywood of the 1940s than actually occurred.

In today’s episode of my Deadline video series Behind the Lens, Mock joins me to talk about Pose as it heads from its Emmy-winning first season and Season 2 to another on FX; her connection to the late, great Nora Ephron, whose career uniquely parallels Mock’s; and her relationship with Murphy, whom she calls a “surrogate father.”

As the clip from Hollywood shows, Mock also is able to deal powerfully with issues confronting the black community and its frustration in gaining equality not only in the country but in the industry, and how that might have been rectified as the revisionist limited series shows what might have been — and wistfully what still could be. Lots of questions posed to Mock, and lots of answers given to make us aware that she is a powerful new voice for change in a world long resistant to it.