Continue to Deadline SKIP AD
You will be redirected back to your article in seconds
Skip to main content
November 27, 2019 5:00pm 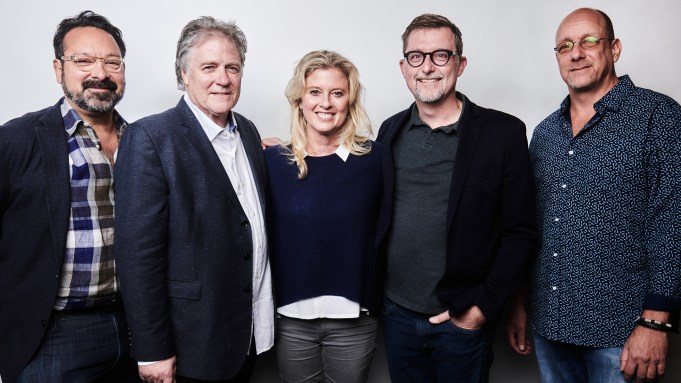 Since the release of his debut film Heavy in 1995, James Mangold has been impossible to predict, moving between romcoms, Westerns and comic-book movies, garnering an Oscar nomination for his script for Marvel’s 2017 Wolverine movie Logan. Ford V Ferrari, known overseas as Le Mans ’66, is his most awards-friendly offering since 2005’s Johnny Cash biopic Walk The Line, and once again it has its roots in real life: starring Matt Damon as U.S. automotive designer Carroll Shelby and Christian Bale as British racing driver Ken Miles, Mangold’s film charts the attempt by the Ford Motor Company to unseat rival Enzo Ferrari from his position as reigning champion of the 24 Hours of Le Mans in France in 1966.

Surprisingly, it wasn’t necessarily the subject matter itself that first drew in Mangold, as he explained to Deadline’s Joe Utichi at Contenders Los Angeles. “Not all of us are motorsports fans,” he said to a packed audience of Oscar and key guild voters. “Certainly, I was not. When I first was attracted to this script, it was the characters and the world… and the frustrations of these characters, I recognized the fight to get something new—or—different made, in a system built to make what was made last year. And the similarity, in the sense that the costs are high, and the risks are high. And although people like me don’t tend to die making movies, we can disappear magically if we fail.”

According to producer Jenno Topping, Mangold wasn’t the first director to try to crack this particular story. “A lot of people tried many, many times, prior to Jim’s succeeding,” he noted. “Who knows why these things really happen when they happen, [but] part of it was the clarity of Jim’s vision.” Like Mangold, Topping was also acutely aware of the parallels between the film they were making and the story they were telling. “We were very conscious,” he said, “of mounting a huge, very expensive movie that was essentially a character drama with some action—which is impossible in this marketplace. Nobody is doing that anymore. So, the metaphor of the Ford Motor Company and the car, and Fox and us, was very specific feeling, in the sense that they were giving us a shot to do this. And yet it’s the typical tension, when you’re spending a shitload of somebody’s money.”