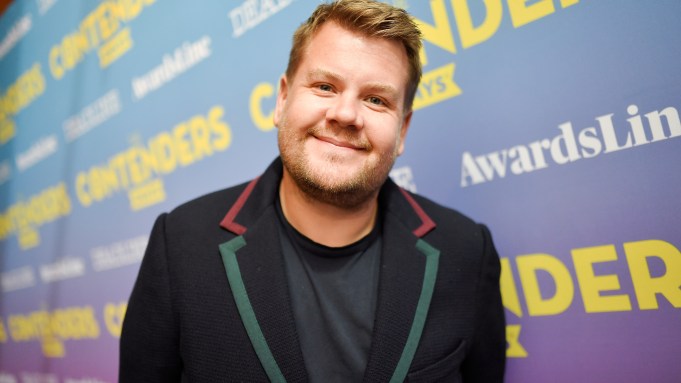 From “Carpool Karaoke” to “Crosswalk: The Musical” to “Role Call” (that’s the one where they act out all the films of an actor in 10 minutes), The Late Late Show With James Corden has seen great success with its viral-friendly segments. Still, at Deadline’s recent The Contenders Emmys event, host James Corden said “it’s embarrassing to take sole credit for those segments which people have grown to love.”

Corden said that when they film, he sees an “unbelievable” team of writers, segment producers and crew working hard. “We have the smallest team and smallest budget in late-night,” he said. “Our entire show doesn’t happen without this committed group of people.”

He called his show is a “visual feast” that he hopes makes people smile.

Corden’s show follows Stephen Colbert’s, which tends to be heavy on the politics. Despite a Trump “It Wasn’t Me” spoof with Shaggy, The Late Late Show is light on politics — with good reason.

“You can feel sometimes that America is going to hell in a handcart if you sit and think about it,” said Corden. “Growing up in High Wycombe, America was this unbelievable place of optimism and joy and a place where anything was possible. I absolutely still believe that is still the case. I think it’s really important to look left and right once in a while and realize that this is an unbelievable country.”