Continue to Deadline SKIP AD
You will be redirected back to your article in seconds
Skip to main content
June 23, 2020 4:20pm 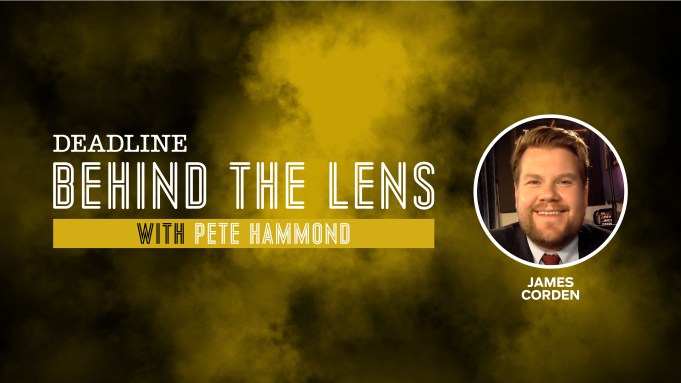 At the end of an interview for my Deadline video series Behind the Lens, I told CBS’ Late Late Show host James Corden that he is now doing what a lot of people did when they were kids: putting on a show in their garage. And due to the coronavirus pandemic that is literally what he is doing — no audience, no band, no crew in there, just Corden and three cameras along with a virtual connection to the world and all the guests he can bring on from anywhere.

Corden tells me in this week’s episode he is really enjoying the interviewing part but clearly misses the physical human connection, and is just waiting for the moment when it is safe and right to go back to that format. His special Homefest was one of the first, probably the first, at the beginning of the quarantine to put on a show that embraced what everyone was going through as he gathered a number of notable performers globally to present a primetime event of the sort we hadn’t seen before.

We also talk about how Corden felt taking for granted what he has now done for five years on his multiple Emmy-winning 12:30 AM CBS late-night show, and how he has had to adjust. We also discuss the phenomenon of so many segments of the show going viral and developing a whole new audience online, and just what it is like doing a comedy show when you don’t have an audience.

To watch our conversation as we go behind the lens of The Late Late Show With James Corden, click on the video above. Also, I will be talking to James Corden again Thursday, July 2 at 5 PM PT for a special edition of Deadline’s Virtual Screening Series. We will be looking back and showing some amazing moments from the past season when he joins us for another in-depth conversation.