Continue to Deadline SKIP AD
You will be redirected back to your article in seconds
Skip to main content
March 23, 2020 7:12pm
3Comments 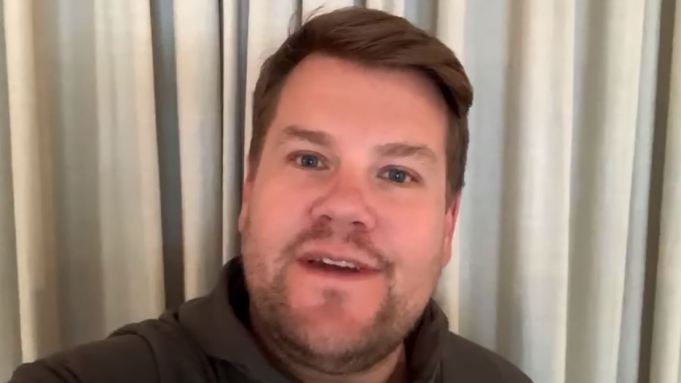 James Corden, much more subdued than what you might see from him coming onstage for a typical The Late Late Show, filmed his own intro to tonight’s coronavirus-forced repeat. CBS is airing his first-ever episode as host, March 23, 2015, tonight being the fifth anniversary.

“We had so many big plans for tonight, for the show we were going to give to you, and for obvious reasons we can’t give you that show right now,” he said in the video posted today.

The Late Late Show, which films in Los Angeles, shut down production March 13 amid the growing health crisis stemming from the coronavirus pandemic. The CBS TV Studios/Fullwell 73 show previously switched to filming without studio audiences to protect the public, but like other productions with live audiences eventually decided to halt things.

As for today, Corden said he and his team were working on a way to resume the show in the current environment. He also recalled a bit about his first show, marking Late Late Show‘s fourth iteration after he took over from Craig Ferguson.

“If I think back to it I’m filled with nerves, and excitement, and a feeling of when that curtain opened, and i walked out for the first time, I didn’t know if I was gonna fall flat on my face or if this was all gonna be OK,” Corden said in soft tones. “And i never thought that day that I would be here today talking to you five years on.”

In a bit of coincidence, Corden’s first guest on his first show? Tom Hanks.

Hanks and his wife Rita Wilson became one of the first high-profile Hollywood names to be diagnosed with coronavirus, as Deadline scooped March 11. He and Wilson were in Australia, where he was working on Baz Luhrmann’s Elvis movie. Both Hanks and Wilson are recovering in after being released from the hospital.

Tonight’s Late Late Show airs at 12:37 AM. Check out Corden above.