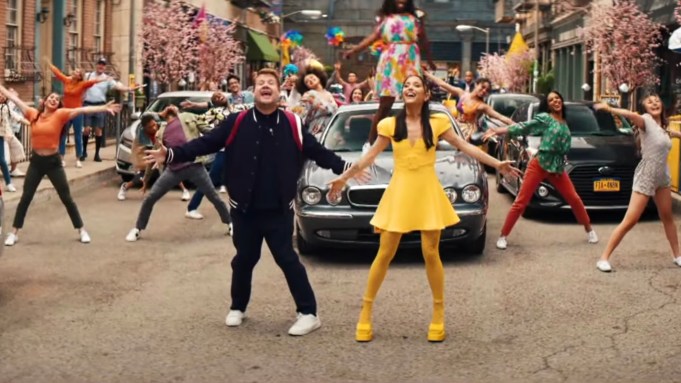 Retitled “No Lockdowns Anymore,” the musical video, which premiered last night on CBS’s Late Late Show, finds the trio singing and dancing on city streets, celebrating all the things that the shutdown had nixed. And there’s some lamentation as well – traffic is back, as is actually going to an office.

Both Grande and Winokur have Hairspray ties – Winokur won a Tony Award for her 2002 Broadway performance as Tracy Turnblad, and Grande played Tracy’s best friend Penny Pingleton in the 2016 NBC live event version.

The Late Late Show with James Corden airs weeknights at 12:35 a.m. on CBS. Check out “No Lockdowns Anymore” above.