Continue to Deadline SKIP AD
You will be redirected back to your article in seconds
Skip to main content
August 17, 2020 10:24am
15Comments 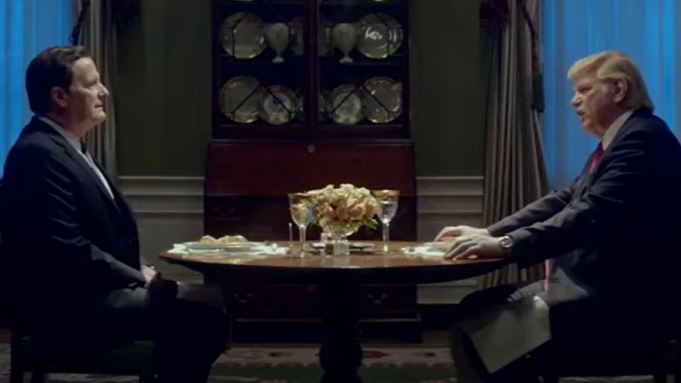 After briefly planning to bury it until after the presidential election, Showtime now is all in on the messy and controversial nature of its limited series The Comey Rule, the star-studded chronicle of the battle between President Donald Trump and fired FBI Director James Comey.

The mini airs September 27 & 28 with Jeff Daniels playing Comey and Brendan Gleeson as Trump, with a killer cast behind them. Billy Ray wrote and directed. What Showtime did here was acquire an antagonistic viral tune posted to harass Comey after he exited to write his book. I’m told it has been choreographed to spread like wildfire today, the start of the Democratic National Convention.

What To Expect On The First Night Of The Democratic National Convention: Rundown Includes Michelle Obama, Bernie Sanders And A Dose Of Entertainment