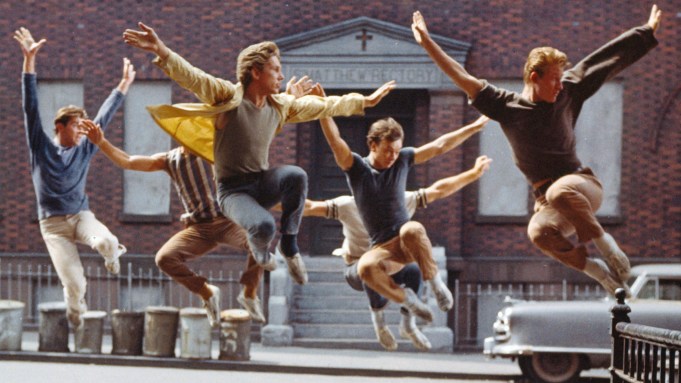 EXCLUSIVE: Sometimes amid the hurly-burly it’s easy to forget why we’re in this game (or covering it). Here’s a trailer to remind us.

On the occasion of its 100th anniversary, United Artists is being celebrated by MGM with a special trailer on Deadline. Founded in 1919 by D.W Griffith, Charlie Chaplin, Mary Pickford and Douglas Fairbanks, United Artists was premised on allowing actors to control their own interests, rather than being dependent upon commercial studios. UA repeatedly was bought, sold and restructured over the ensuing century, but most of its remarkable library remains intact.

From James Bond to West Side Story and Raging Bull to Rocky, the history is remarkable. This weekend in Venice a new 35mm print of one of UA’s gems, Martin Scorsese’s New York, New York, starring Robert De Niro and Liza Minnelli, will screen in Venice Classics with an introduction from legendary producer Irwin Winkler, who is doing a master class after the screening.

This is one of a handful of events MGM is initiating this year to celebrate UA. At Toronto, French director and actress Mati Diop will receive the festival’s inaugural Mary Pickford Award “which recognizes an emerging female talent who is making groundbreaking strides in the industry.” The award, supported by MGM, will be bestowed at the festival’s first Tribute Gala.

IFP Week, the panel ‘United Artists 100-year Anniversary’ will discuss the legacy of the studio, and AMPAS will host a 40th anniversary screening of Hair at NYC’s Metrograph Theater followed by a Q+A with cast members Treat Williams and Annie Golden.

The United Artists label was relaunched earlier this year by MGM and Annapurna. Here’s to hoping it’s still around in some form 100 years from now.