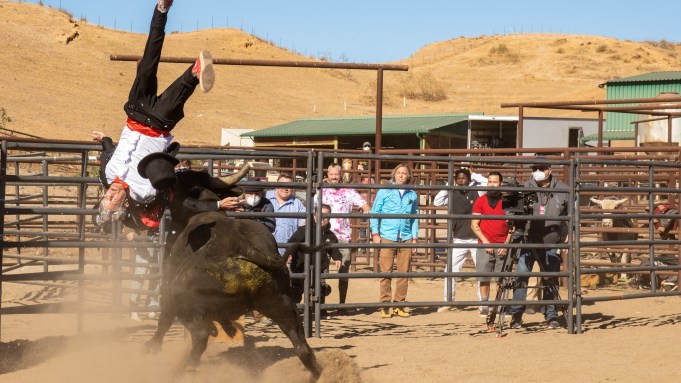 Whoever thought the prank-loving, live-for-the-moment Jackass crew would one day wax nostalgic? But Johnny Knoxville now has grey hair, Steve O is sober and Bam, well, he’s not in the the fourth film of this Paramount franchise, the trailer for which dropped on Tuesday.

Celebrating the joy of being back together with your best friends and a perfectly executed shot to the dingdong, most of the original Jackass crew returned for Jackass Forever. It’s another round of crotch shots, bad grandpa pranks and, of course Knoxville getting gored by a bull. (According to a GQ interview with the star, that stunt left him unconscious and in the hospital with a broken rib, a broken wrist, a concussion and a hemorrhage on his brain).

The Jackass long-haulers are joined on this outing by a new cast of cannon fodder as well as a couple celebrities in cameos, namely Machine Gun Kelly and Eric Andre.