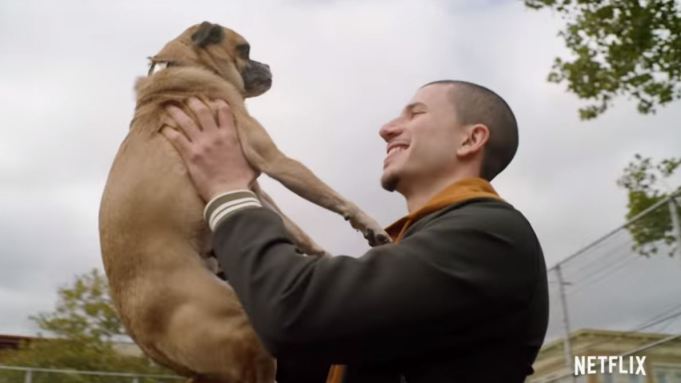 “Hey, don’t touch my dog!” That’s a phrase we hear twice in the first sneak-peek trailer for It’s Bruno, the new Netflix comedy from multihyphenate/rapper Solvan “Slick” Naim. One instance is met with an emphatic “I’ve never seen nobody so rude,” but other elicits, “You should take my number.”

Just another day in the neighborhood for Malcolm (Naim) and his beloved Bruno — all of which takes place after the four-legged co-star gets his daily tooth brushing, of course.

Created by, directed and executive produced by Naim, the show follows the dog lover, his titular best friend and canine companion and the adventures that take place on their vibrant Brooklyn block. Among them are being out-tricked by a rival pooch, a guy trying to give the four-legged co-star an identity crisis and the perils of what gets left behind by the pets of unscrupulous walkers. Rob Morgan and Shakira Barrera also star.

Naim’s debut feature, Full Circle, won five awards on the festival circuit and was acquired by eOne. His short film Stanhope also scored multiple honors, and, at 22, he became the youngest feature film producer, with the lowest budget, registered with the New York Mayor’s Office of Film, Theatre & Broadcasting at the time.

The eight-episode series from Stage 13, SLI Entertainment and Phiphen Pictures premieres May 17 on Netflix.