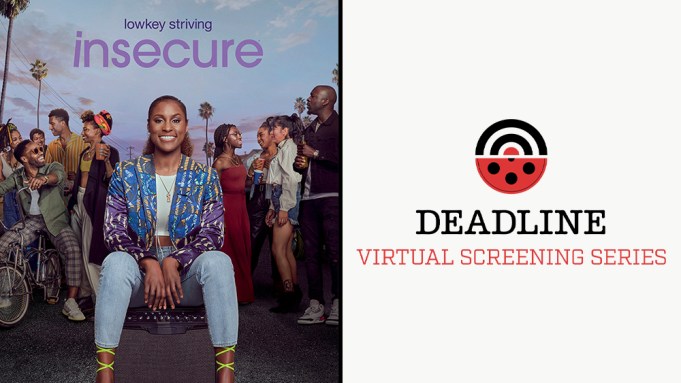 “We’ve always had this path to growth and I think, I know, specifically that Season 4 was heavier on the side of growth,” says Insecure creator and star Issa Rae on the just completed latest cycle of the HBO dramedy. “

“We wanted to showcase what was a priority for each of our characters this season, and watch that play out for them,” The Lovebirds co-star adds, as you can see in the video above.

Over a season that saw change and growth in the heart of all the plotlines, Insecure concluded its most recent run on June 14 in a jam-packed finale both written and directed by EP Prentice Penny.

As with some much of the deft Insecure, there were twists, turns, romance, a pregnancy (OK, that one was new) and the now fractured friendship between Rae’s character and Yvonne Orji’s Molly. With a throwback to Season 1, if that very last scene of Season 4 of the duo in an Ethiopian restaurant on LA’s Fairfax Ave is any indication, Insecure’s fifth season is putting pedal to the growth path metal.

To paraphrase Rae’s character from the finale, it was a lot.

There were tiny hints of what may come next year in our Virtual Screening earlier this week with Rae, Penny, Orji and co-star Jay Ellis, but there was also a deep dive into the season that has just passed.

Additionally, the Insecure team spoke forthrightly of the challenges of bring out a series during the coronavirus, the killing of Ahmaud Arbery, Breonna Taylor and George Floyd, the protests and the demands for justice that followed. “I will never forget airing during this time,” stated Rae with candor.

Again, watch the video above and you will see more from the deeply talented stars and creatives of Insecure.

Hope to see you at our next Virtual Screening soon.