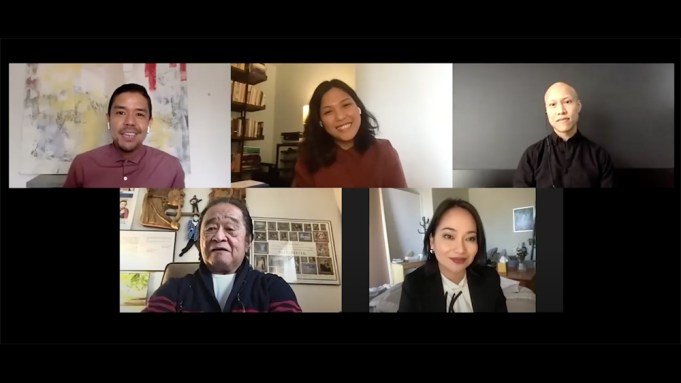 In the heavy SXSW drama Islands, director and writer Martin Edralin tells a Filipino familly story through the eyes of Joshua a shy middle-aged Filipino immigrant who has lived in the comfort of his parents’ home his entire life. However, their health declines he feels terrified of being lonely after they pass so he longs for a partner. The film, which debuts today at SXSW Online at 10am PT, isn’t exactly light fare, but the drama was going to be more emotionally intense when Edralin first envisioned it.

“It was gonna be a much heavier film,” said Martin when he stopped by Deadline’s SXSW Virtual studio with his fellow producer Priscilla Galvez and actors Esteban Comilang and Sheila Lotuaco. “My shorts have been a lot heavier and quieter.” He adds that the Filipino culture can be colorful, fun and campy and he and Galves wanted to add those cultural nuances of levity to bring the story to life.

The genesis for Islands came from Edralin’s own experiences with his parents who were both retiring. He began to ponder about the stages of life and getting older and how, as a Filipino son, he’s expected to take on the responsibility of his parents.

In addition, he wanted to explore the story of the “maiden aunt”, the woman that never marries and just stays at home for the rest of her life. “That story of the male is never really told,” said Edralin. “I thought it would be interesting to explore that — what happens to the son that never gets married and just gets stuck at home and is past his prime dating years.

This marks Edralin’s feature directorial debut and it is the first of his projects to feature Filipino characters and a Filipino story. He said that the film was originally supposed be shot in the Philippines, but he realized that his experiences from an immigrant family seemed more suitable for this narrative so he set it in Canada.