“No One Has Been Ruled Out,” DA Says Of Potential Charges In Alec Baldwin Movie Set Shooting
Read the full story
January 24, 2020 2:30pm 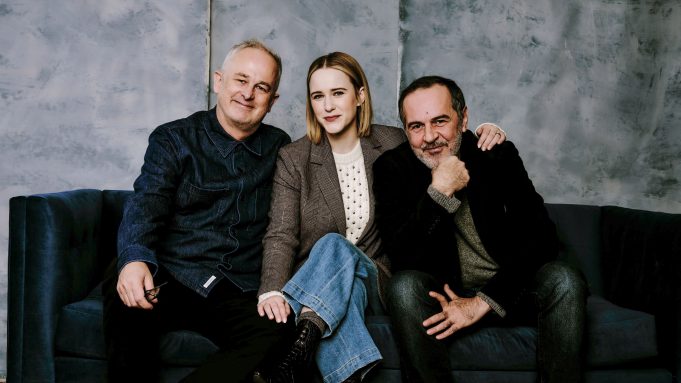 When director Dominic Cooke first read the script for Ironbark, he immediately sparked to the material. “It turned out it was only a first draft when I read it, but it was just a beautiful story,” Cooke told Deadline today. “I just thought it had a three-dimensionality, real life to it, and I was really moved by it, and that was enough for me. I jumped at it straightaway.”

To Cooke, what was so compelling about the story being told was that it brought “quite important characters in history that aren’t known” into the spotlight. A tense espionage drama, Ironbark, centers on Greville Wynne (Benedict Cumberbatch), a seemingly ordinary businessman who is recruited as a Cold War spy by British intelligence agent Dickie Franks (Angus Wright) and CIA Official Emily Donovan (The Marvelous Mrs. Maisel’s Rachel Brosnahan). Thrown into the middle of a global political conflict, Wynne forges a powerful bond with Russian informant Oleg Penkovsky (Merab Ninidze), as he tries to help bring the Cuban Missile Crisis to an end.

When Brosnahan was sent the script for the film, she wasn’t aware that the story it was telling was one based on historical fact. “When I started doing research, I was so blown away by how extraordinary this mission was, and what an important job these people had,” the actress said. “It was such an unlikely partnership, and it was so crucial in our history.”

Also stopping by Deadline’s Sundance Studio today was Ninidze, who discussed the aspects to the character of Oleg that made him so compelling, and how he prepared for the role. “It was a really exciting character. [I looked at] lots of documentaries, first of all, made on both sides—on the Russian side and the American side—and they tell different stories about the same person. In Russian documentaries, he’s described as a traitor and evil, and in American stories, he’s described as an American story,” the actor explained. “So, for me, [the goal] was to find this middle ground.”

For more from our conversation with the director and stars of Ironbark—which premieres tonight at the Eccles Theatre, at 6:30 PM—click on the video above.