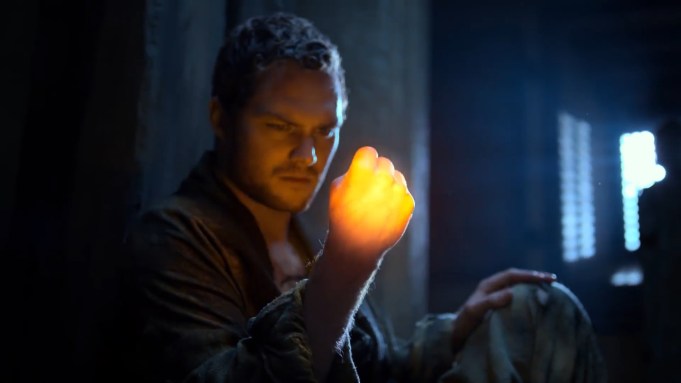 After a terrible first season that swung wildly and lamely, a deeply revamped Marvel’s Iron Fist is back on Netflix for a September 7 Season 2 launch that finally packs a real punch.

Yes, Finn Jones is still playing martial arts master and NYC billionaire Danny Rand and Jessica Henwick is back as Colleen Wing, but, with Raven Metzner now in the showrunner chair, this has become a serious show that actually can stand aside Marvel’s other Netflix offerings like Daredevil, Jessica Jones and Luke Cage, as I say in my video review above.

After The Defenders miniseries last year and Iron Fist and Wing appearances in Season 2 of Luke Cage and teased out at Comic-Con in July, one clear improvement here is that Henwick, who was one of the few bright spots of the first season, getting an even meatier role. The Star Wars: The Force Awakens actor also now has a Daughters of the Dragon colleague in the now semi-bionic Luke Cage regular Misty Knight, played note perfect as usual by Simone Missick.

The Jessica Stroup and Tom Pelphrey played Meachum siblings are back too, but there are also, as I also say in my video review, considerably better scripts. Those narratives kick hard with a truly fleshed out villain with much more of Sacha Dhawan’s Davos AKA the Steel Serpent and the adrenalized introduction of Star Trek Into Darkness’ Alice Eve as the unhinged and captivating Typhoid Mary.

As the Game of Thrones vet’s Iron Fist now takes over the protection of Hell’s Kitchen in Daredevil’s absence, the martial arts bread and butter of the once near lifeless show has stepped it up too. Simply put, the fight scenes and set-ups are a sight to actually see with stunt coordinator Clayton Barber of Black Panther, AKA the movie to beat in the Oscar’s new most popular category, now on board.

Take a look at my video review above to see more of why I think you should get in the ring with the 10-episode Iron Fist Season 2 and its new muscles. Will you be watching on Friday true believers when the whole season drops?