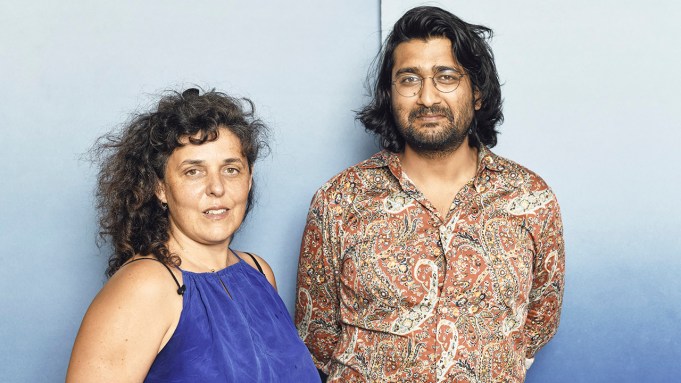 In his documentary debut Machines (2016) director Rahul Jain addressed the issues of cheap labour in his homeland, India. It was a loose, experiential affair intended to flood the senses, but for the follow-up, Cannes entry Invisible Demons, he has opted for something a little more direct. Taking New Delhi as his subject and premiering in the festival’s new climate-themed sidebar, Jain’s film is a sober look at the effects of industrialization.

When he stopped by the Deadline studio with regular collaborator and editor Yaël Bitton, Jain explained that the impetus for the film went back to his college days, when he wrote a thesis about man, nature and film. “It was my research on how films, since the inception of the cinema, have found a way to capture the relationship between our species and nature,” he explained. “I was going through cinema history to understand how we feel we were connected, and how that connection has eroded over time. And when I finished Machines I took a month long trek in Bhutan, which was very clear, pristine air. Then I took a one-hour flight back to Delhi, and as soon as I landed I immediately felt sick. It was the existential threat of becoming asthmatic after that moment that made me wonder: if somebody like me, who has ACs, air purifiers, water purifiers, is getting sick, then what about the whole city of Delhi, where there are many people who don’t have the same resources I do?”

Having worked closely with Jain on Machines, Bitton added that the director was, once again, trying to put his message across non-verbally, without using stats, graphs and charts. “His process is to basically make the camera the protagonist of the film,” he said. “Raul is creating a sensory language to immerse ourselves in human-made realities that are very harsh. And, through his process of filming, it’s about finding a way to show this experience: what it means to work in a factory, and what it means to be exposed to particles, what it means to be exposed to extreme heat. And to ‘tangibilize’, so to speak, these sensations.”

To hear more from Jain and Bitton, check out the video above.