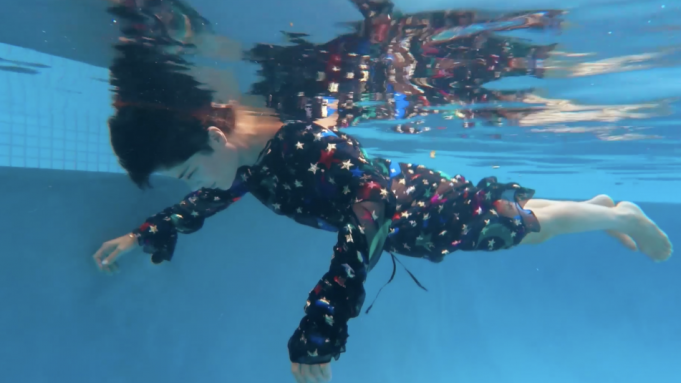 Selma Blair’s Instagram feed, which has 2.4 million followers, includes this simple description: “This is my journey…and all are welcome here.”

The journey the actress has been on since 2018 is a difficult and painful one, coping with Multiple Sclerosis, the autoimmune disease that affects the brain and spinal cord. In the documentary Introducing, Selma Blair, premiering at the SXSW Film Festival, Blair shares her day in and day out challenges dealing with MS.

“Selma says in the beginning of the film, ‘Now I just want to be a better person,’” director Rachel Fleit said as she stopped by the Deadline SXSW Virtual Studio. “The way that she is a better person is really by being of service to the world, by sharing what she’s going through with specificity and honesty…I think that the feedback and people telling her, ‘You being so honest about what you’re going through is helping me,’ I think that was fuel that kept her going during really, really hard times.”

Blair has continued to raise her son Arthur in the midst of treatment for MS. With the MS drugs she was prescribed failing to help her much, Blair opted to undergo a potentially risky stem cell transplant procedure in hopes of regaining a measure of her health.

“Everyone that I interviewed about Selma said that she is the kind of person who would just go for it if it meant that she was going to get to be a little bit better each day and be there for her son,” Fleit comments. “And I really saw that in her. She just is a person who is going to just do it.”

Fleit says she and Blair connected immediately when they first met over a FaceTime call, in part over their common experience with autoimmune disorders. Fleit has experienced alopecia universalis from the age of one and a half.

“Selma was like, ‘You’re bald and I have MS! And so, what are we going to do about it?’” Fleit recalls. “We just sort of had this instantaneous bond…I can’t explain it.”

Introducing, Selma Blair will be heading to the discovery+ streaming platform after its SXSW premiere. The director believes there are many lessons viewers can take from Blair.

“The thing that I learned from her, you know we have to embrace ourselves, ‘This is who I am today,’” Fleit notes. “We’ve got like one life in this body and whether or not you have an autoimmune disorder or disease or not, we must embrace ourselves or we’re going to squander a lot of time…She shows us what it means to just be grateful for what we have.”