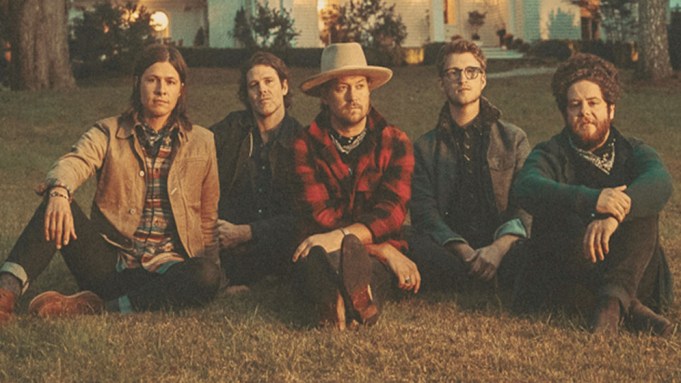 EXCLUSIVE: The pandemic slammed the brakes on touring musicians last year, forcing them off the road and into a potential creative hibernation. But Grammy-nominated rock band Needtobreathe put the pause to their advantage.

The new film Into The Mystery documents how band members isolated themselves at a historic home in rural Tennessee and in just three weeks recorded a studio album, also titled Into The Mystery. The album releases on Friday, while the documentary, directed by Chris Phelps, will hit theaters in the fall from Greenwich Entertainment.

“We wish we could be touring right now,” bassist Seth Bolt admits in the new trailer for the documentary. “But since we can’t, we want to make music.”

“Normally this would take us three years to do,” Bear Rinehart, guitarist and lead singer who founded the band with his brother Bo, says of making the album. “But we’re going to try to do it in three weeks.”

“Into The Mystery offers a rare look at the collaboration of artists at the height of their creative powers who are struggling with the same fear and isolation that has affected everyone the last 16 months,” notes a release about the documentary. “Over three weeks, they resided under one roof and handcrafted an album reflective of the turbulent moment that may contain the most important music of the band’s storied career.”

Needtobreathe, made up of Rinehart, Bolt, and Josh Lovelace, has generated over 2 billion streams and sold over 2 million albums. With Covid restrictions eased, the band is heading out this fall on a 38-city tour of the U.S. in support of their new album.

The documentary was produced in partnership with Elektra Records and Foundations Music. Watch the trailer above.