‘LOTR: The Rings Of Power’ Aftershow ‘Inside The Ring’: Episode 5 – A King Emerges, Númenór Prepares For War, & Divisions Prove Fiery
Read the full story
September 12, 2019 10:00am 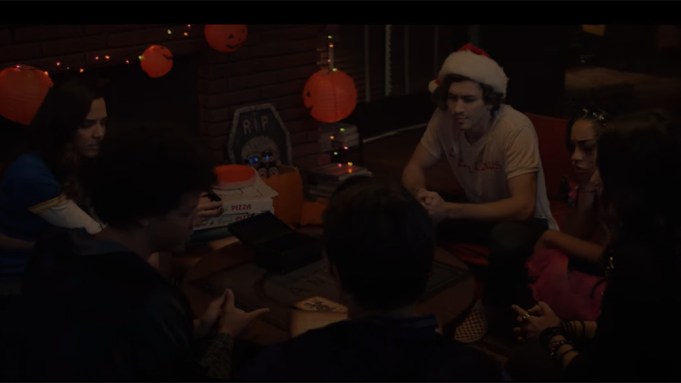 EXCLUSIVE: Georgie Flores (Famous in Love), Adelaide Kane (The Purge), Paige McGhee (Meg’s First Dance), Jacques Colimon (The Society), Dylan Arnold (Halloween), Evan Bittencourt (Pretty Little Liars: The Perfectionists), have been cast in the Uncanny Annie installment of Hulu’s Into The Dark, a monthly horror event series from Blumhouse Television. It’s set for premiere in the Halloween frame, October 4, on Hulu. You can watch a teaser above.

Written by Alan Blake Bachelor and James Bachelor, the Uncanny Annie installment is set on Halloween night and centers around a group of college students who get trapped in a mysterious board game that brings their darkest secrets and fears to life, where they must play to escape…and win to survive.

The Into the Dark series includes 12 feature-length episodes, released each month over one year and inspired by a holiday, featuring Blumhouse’s signature genre/thriller spin on the story.