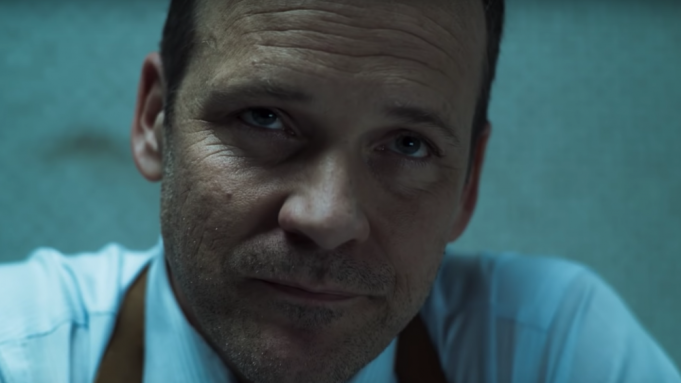 CBS All Access is flipping the script when it comes to crime thrillers with the new series Interrogation starring Peter Sarsgaard (The Looming Tower), Kyle Gallner (Outsiders), David Strathairn (Good Night, and Good Luck), Kodi Smit-McPhee (Dolemite is My Name) and Vincent D’Onofrio (The Godfather of Harlem).

As the first official trailer for the riveting series says, it explores one murder through 10 interrogations and encourages you to watch them in any order instead of the traditional linear binge-model.

Interrogation is based on a real-life case that spans more than 20 years, centering on a young man charged and convicted of brutally murdering his mother. After being sentenced to life in prison, he continued to fight to prove his innocence. Each episode is structured around interrogations informed by real police case files, with Sarsgaard stepping into the role of David Russell, the lead detective on the case. Gallner plays the accused, Eric Fisher. Strathairn plays Eric’s father, Henry; Smit-McPhee is Chris Keller, a troubled and homeless teen who befriends Eric; and D’Onofrio plays Sgt. Ian Lynch, an Internal Affairs officer who ends up becoming Eric’s biggest ally.

Check out the poster below.