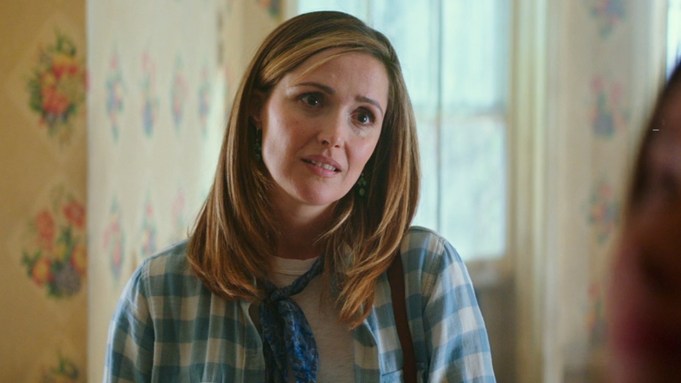 The new comedy set in the world of foster care homes, Instant Family, lays on the laughs and the messages in equal doses, but also ought to be an instant family movie pleaser, perfectly suited to the holiday period and aimed at those who ate up star Mark Wahlberg’s Daddy’s Home and its sequel. Wahlberg has turned into a very adept comedic star, faring better in this kind of film lately than some of his action pictures. He is nicely paired with the ever-watchable and equally talented Rose Byrne, who manages to build some depth into these sitcomish proceedings that were inspired by director and co-writer Sean Anders own experience in taking in three foster care kids and creating his own “instant family.”

As I say in my video review (click the link above to watch), this film at times lays on the message of urging people to consider signing up for the foster program just a little too thick, much like an infomercial, but considering the personal connection for the filmmaker, that is understandable. It was a life-changing experience for the better, and he wants to share it with the world, even in a fictional setup. Anders had directed Wahlberg in the Daddy’s Home movies, so he knows the territory.

Story-wise, Pete (Wahlberg) and Ellie (Byrne) are a happily childless couple who spend their spare time flipping houses. When Ellie’s sister suggests they take on a massive five-bedroom mansion for their next effort since they are never going to have kids anyway, it gets the couple to thinking that maybe they should look into the idea of building a family to fit inside a house that size instead. Off they go to foster group counseling sessions (another excuse to preach the message), and in no time they have a family including 15-year-old Lizzy (Isabela Moner), insecure Juan (Gustavo Quiroz) and young firecracker Lita (Julianna Gamiz). Of course, as always in these movies, there is a dog — named Meatball — thrown into the mix.

The humor in this concoction tends to be a bit broad but harmless, and I found it nice to see a genuine live-action comedy you can actually take the family to safely. Sweet. It’s all very predictable but pleasant enough, and it has the talents of Wahlberg and Byrne to lift it a little higher than the formulaic script (co-written with Anders by John Morris and based on a real woman who came from foster care), which bends over backward to be so correct that it misses the opportunity to spread its wings in the way truly smart comedies do. Among the bright spots in the supporting cast are Octavia Spencer and Tig Notaro as foster care case workers; Julie Haggerty, all too briefly; and the wonderful Margo Martindale as Grandma Sandy.

Instant Family deserves to find an audience, if only to help spread a bit of much-needed goodwill this holiday season. Its heart definitely is in the right place. Producers are Anders, Morris, Wahlberg, Stephen Levinson and David Womack. Paramount releases it today.

Do you plan to see Instant Family? Let us know what you think.