Continue to Deadline SKIP AD
You will be redirected back to your article in seconds
Skip to main content
September 25, 2021 11:56am 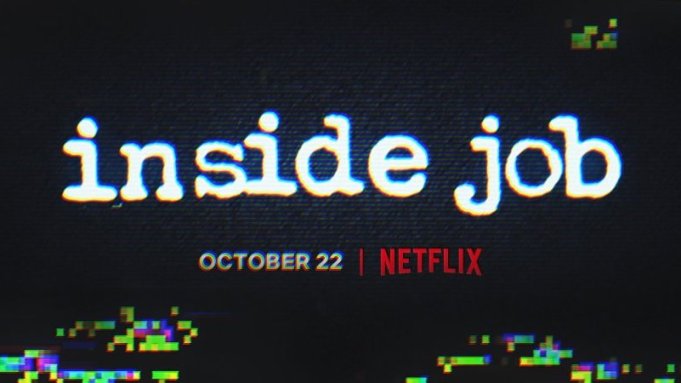 The trailer for Netflix’s upcoming animated series Inside Job gives us a look at who really runs things in this country…or barely managing to do so.

Starring Lizzy Caplan, Christian Slater and Clark Duke, Inside Job is an adult animated comedy about the shadow government – and the dysfunctional team whose daily grind is committing the world’s conspiracies. From convoluted coverups to secret societies to masked orgy etiquette, navigating office culture at Cognito Inc. can be tricky, especially for anti-social tech genius Reagan Ridley (Caplan). Even in a workplace filled with reptilian shapeshifters and psychic mushrooms, she’s seen as the odd one out for believing the world could be a better place. Reagan thinks she can make a difference, if only she could manage her unhinged, manifesto-writing father and her irresponsible coworkers, to finally snag the promotion she’s been dreaming about.

In the trailer for the Shion Takeuchi and Alex Hirsch comedy, Reagan gets a helping hand from yes-man Brett Hand to turn her crew around. Reagan’s team pass their days getting high, playing with drones and creating extraordinary chaos.

Takeuchi will executive produce and serve as showrunner. Hirsch will co-executive produce. The project falls under Takeuchi and Hirsch’s development deal with the streaming giant. Netflix Animation in Hollywood produces the 20-episode series.

Inside Job comes to Netflix on October 22. Watch the trailer above.