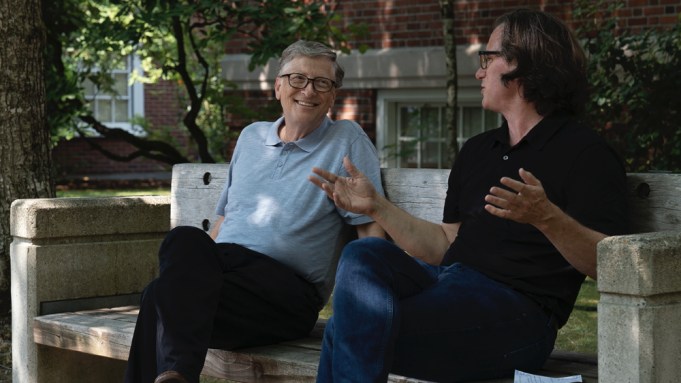 The first trailer for Inside Bill’s Brain: Decoding Bill Gates opens with the Microsoft icon giving rapid-fire answers to questions about his favorite animal and food and what he eats for breakfast. Then comes, “What is your worst fear?”

After a couple of beats, he replies, “I don’t want my brain to stop working.”

The three-part documentary from Netflix — which will screen at the Telluride Film Festival this weekend — explores that mind and the motivations of the celebrated tech visionary, business leader and philanthropist. It’s billed as an in-depth and unfiltered depiction of a man’s life journey, both his triumphs and setbacks.

After stepping down as CEO of Microsoft in 2000, Gates began one of the greatest professional second acts in modern history when he shifted his time and considerable intellect toward solving some of the world’s most persistent problems. The series offers unprecedented access to Gates as he pursues unique solutions to some of the world’s most complex problems with the same level of optimism, curiosity and fervor that inspired his original vision for Microsoft.

Inside Bill’s Brain is created, directed and executive produced by — and co-stars — Davis Guggenheim, who won an Oscar for An Inconvenient Truth and scored an Emmy nom for He Named Me Malala.

Have a look at the trailer above and the key art below, assess your life accomplishments, and tell us what you think.