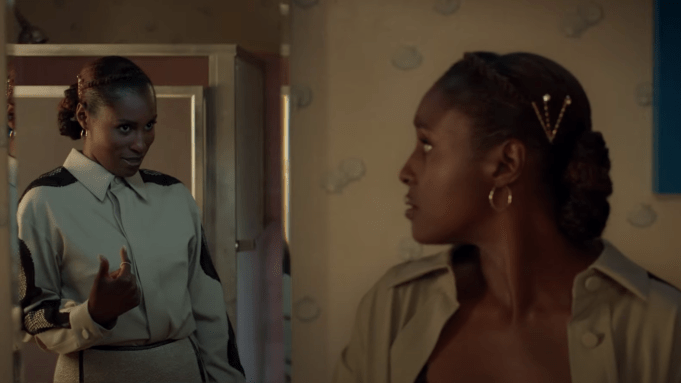 UPDATED with full trailer and key art: After the twist of events in Season 4, Issa finally gets some time for self-reflection in the teaser for Insecure‘s fifth and final season.

HBO unveiled the first look and premiere date for Issa Rae’s Emmy-winning comedy. In the teaser, Issa (Rae) finds herself all alone to quite literally reflect on how far she’s come since her first days at We Got Y’all to the present.

“Oh Issa, you were so simple then,” she says. “I just want to be drama free and happy.”

She continues her moment of self-reflection even more vulnerable: “I keep fronting everybody like I’m not scared about what’s next for me but I’m terrified. So, what am I supposed to do now?”

Her questions come after she and ex-turned-boyfriend Lawrence (Jay Ellis) broke things off, again, after learning that he is the father of Condola’s (Christina Elmore) child. The surprise came just when things started to look up for the couple, as they eyed a big move to San Francisco and a fresh, new start together. The end of Season 4 also saw Issa and Molly (Yvonne Orji) reunite after a feud that left them distanced and disconnected.

The teaser continues to see Issa talk some optimism into herself.

“Maybe there’s a little voice in your head that’s telling you that you’re not done,” she tells herself.

Season 5 will premiere October 24 on HBO. Watch the new full trailer above and see the poster below: