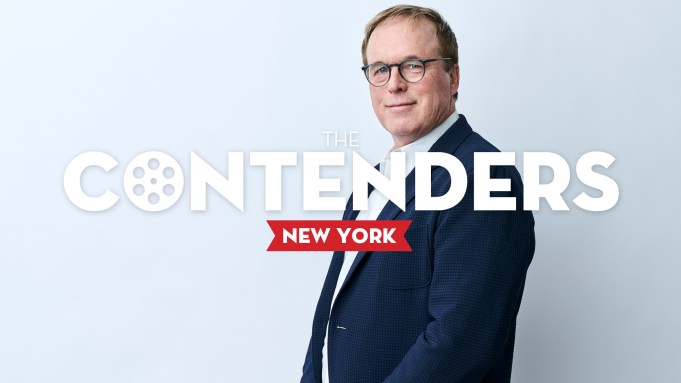 Director Brad Bird didn’t wait for the first Incredibles movie in 2004 to sweep the world, gathering up box office and critical praise, before plotting its sequel. “I had the idea when I was promoting the first film,” Bird said about the follow-up during a recent appearance at Deadline’s The Contenders New York event.

Part of the concept was “what would mess Bob up” — that is, Bob Paar, aka Mr. Incredible, who is thrown when his wife, Elastigirl, becomes the go-to superhero. “And I knew we had the unexploded bomb of Jack-Jack. The audience knew he had multiple powers but the Paars did not.”

What has helped propel the Disney-Pixar release into serious awards contention (and $1.24 billion in worldwide box office to date) is the notion of the relatable, everyday feelings of the Incredibles even as they save the world.

“One of the earliest ideas I had in the first film was Elastigirl breaking into a supervillain’s secret base but when she sees her reflection in the metal, she sees that she’s put on a few pounds. That moment of being in a secret base and being an amazing superhero but going, ‘Jeez, I’m getting a little older.’ That’s the idea. This film has that going on all the time.”

Visually and aesthetically, the sequel is more rooted in cityscapes than in the jungle scenes that dominate the original film’s second half. That opened up endless possibilities for the filmmakers, especially in designing the Paars’ mid-century modern home (a replacement for the one that was demolished at the end of the first Incredibles.)

“The first film was more rural but this one is more urban,” Bird said. “We had a chance to use architecture in more of an intense way.”