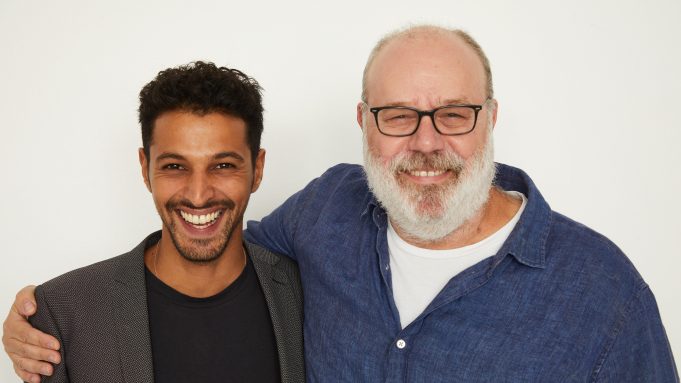 The shocking 1995 assassination of Israeli Prime Minister Yitzhak Rabin made headlines around the world, and the subject is no less sensitive today, nearly 25 years later. Indeed, when Yaron Zilberman’s feature film documenting the murder made its TIFF premiere last week, audiences had to be evacuated from the Scotiabank screening after reports that a suspicious package had been found. It turned out to be a forgotten bag, but, nevertheless, both the director and his star—Yahuda Nahari Halevi, who plays Yigal Amir, the unprepossessing law student turned killer—were sufficiently unnerved by the experience.

The film is a surprising change of pace for Zilberman, who was last at the festival with 2012’s chamber piece A Late Quartet. Incitement, however, predates that film, as the director explained when he stopped by the Deadline studio. “I decided to make this film maybe 15 years ago,” he said, “and then I realized it might be too early, because more information [was emerging], and new data about what really happened. So, I needed more time before we could really tell the story.” Then, six years ago, Israeli producer David Silber called. “He said, ‘We’ve got to make a movie in Israel. We have to, you have to,’ and showed me several scripts that just didn’t work out. There was no click, [even though] the scripts were great, and then he said, ‘OK, is there a story that you would make [as] a movie in Israel?’ And I said, ‘Rabin’s assassination. That’s the one thing that will make me do that.’ He said yes, then we started the process, and here we are.”

So what grabbed him about this event? “It was a major trauma [for me], on a personal level,” he explained. “I was part of the pro-peace movement at the time. I was shocked by the murder. It really sort of killed our whole process of peace, hope and our positive outlook to the future… Suddenly, an Orthodox Jew kills the Israeli prime minister, [and it] was a total shock for us. The shockwaves are still being felt, and there’s still a discussion within Israeli society about what really happened, with tons of conspiracy going on. Who was involved and why? What are the things we can learn, for this not to repeat itself?”

For relative newcomer Halevi it was a chance to explore a dark corner of his homeland’s history. “I’m from the same community [as Yigal Amir]. My father and his father pray in the same synagogue, so I [was] raised in this neighborhood. I never met Yigal Amir in person, but I know the family, so it was kind of meant to be, for me to become Yigal Amir, because of all of the background. I used to be also a religious kid. That’s the way I grew up, so in the process of becoming this character, I had the [right] background.”

For more from our conversation with the director and star of Incitement, click above.