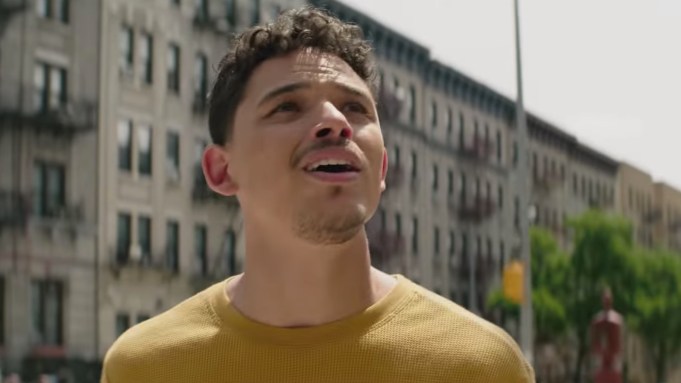 The first full trailer for Warner Bros’ In the Heights – the much-anticipated film adaptation of Lin-Manuel Miranda’s Broadway musical, directed by Jon M. Chu – has just been released, giving a more extensive look at the film’s individual cast members and character details.

We see Anthony Ramos’ Usnavi opening his Washington Heights bodega, and Jimmy Smits’ Kevin Rosario starting his morning with a song. The trailer builds on the jubilant mood of the ensemble dancing in yesterday’s teaser, with even more depictions of the vibrant street life of Miranda’s beloved Washington Heights neighborhood in Upper Manhattan.

Here’s how Warner Bros describes it: “Lights up on Washington Heights…The scent of a cafecito caliente hangs in the air just outside of the 181st Street subway stop, where a kaleidoscope of dreams rallies this vibrant and tight-knit community. At the intersection of it all is the likable, magnetic bodega owner Usnavi (Anthony Ramos), who saves every penny from his daily grind as he hopes, imagines and sings about a better life.”

Directed by Chu (Crazy Rich Asians) from a screenplay by the stage musical’s book writer Quiara Alegría Hudes, In The Heights features music and lyrics by Miranda, and is produced by Miranda and Hudes, with Scott Sanders, Anthony Bregman and Mara Jacobs. David Nicksay and Kevin McCormick served as executive producers.

As you’ll see in the trailer, In the Heights was filmed in New York, primarily on location in the community of Washington Heights.