Continue to Deadline SKIP AD
You will be redirected back to your article in seconds
Skip to main content
March 14, 2021 5:45pm 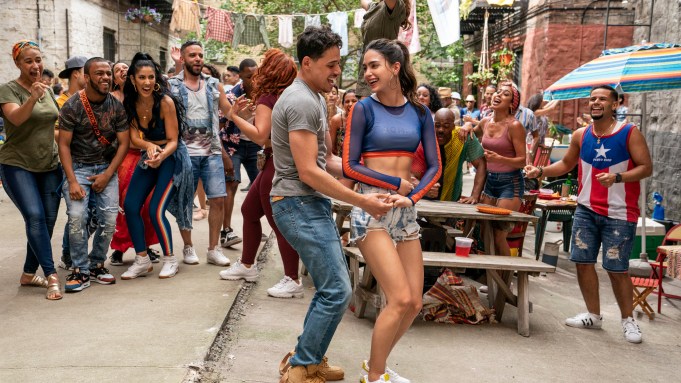 Warner Bros. has released not one, but two emotionally-charged trailers to the forthcoming big screen adaptation of Lin-Manuel Miranda and Quiara Alegría Hudes’s Tony Award-winning musical that gives us the hope, love and energy of the Latinx community and the American dream. The movie musical directed by Jon M. Chu will finally hit theaters on June 18.

In the Heights is set in the titular Latinx community of New York City’s bustling Washington Heights. When the neighborhood’s charismatic local bodega owner, and the pic’s humble narrator, finally decides to fulfill his dream of going to the island his parents called home, his departure will change his beloved block forever.

The new trailers are busting at the seams with the kinetic, fast-paced musical stylings of Miranda while Chu’s knack for capturing the cinematic power of dance performances glow with an epic lens that harken back to old Hollywood charm — but this time, it’s filled with people of color. The film comes at a time when there is a demand for Latinx representation on the big screen as the story is a celebration of the Latinx culture and the preservation of community.

Watch one trailer above and the other below.

Check out the new posters below.