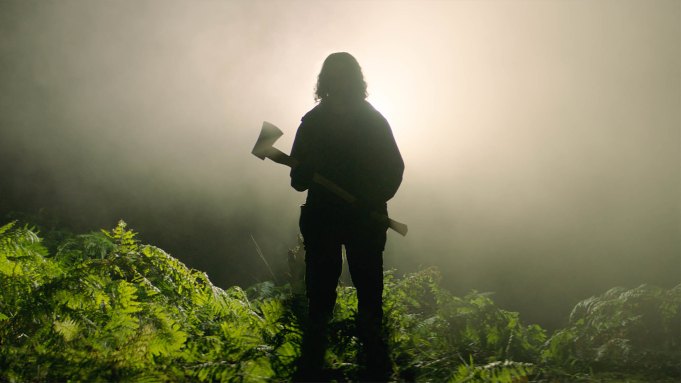 British filmmaker Ben Wheatley made and set his genre movie In the Earth during the pandemic.

But Covid is but a minor player — or is it?

There are worse things going on in the forest for scientist Dr. Martin Lowry (Joel Fry) and park scout Alma (Ellora Torchia): two so-called rival witches who torture the duo as they venture to visit a remote test site.

As nail-biting as In the Earth is, it makes you think about how we all interact with each other as people.

Adds Torchia in regards to how the film reflects today, ” (It’s) the idea of nature taking over. I feel that there was a lot of debate of us as people and what we do when we’re not in control of something in the current culture.”

“What you do in a situation you can’t control and what you don’t know is the concept that struck me,” adds Torchia.

Wheatley explains here at the Deadline Sundance virtual studio that he simply wanted to make a movie and get of the house. He had his fill of watching movies on PVOD during lockdown which were set in pre-pandemic times. That didn’t seem to make much sense. Making a movie outside, in the woods over 15 days, seemed a safe bet.

Neon’s In the Earth makes its world premiere tonight at Sundance at 6PM PST.