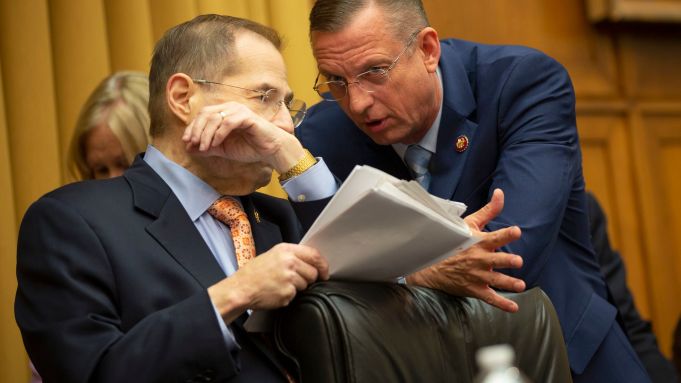 The House Judiciary Committee begins its portion of public hearings in the impeachment inquiry of President Donald Trump today. You can watch the livestream here.

Last month’s testimony before the House Intelligence Committee marked the first such hearings since President Bill Clinton was impeached in 1998 and only the fourth time against a sitting president in U.S. history.

The House of Representatives is probing charges that Trump attempted to coerce the government of Ukraine to launch an investigation of his political rival Joe Biden and his son Hunter Biden. Trump’s counsel said this week that he won’t participate in the Judiciary Committee’s first hearing, calling it “unfair.” Meanwhile, the Dems are looking for hearings to wrap before the end of the year.

Like last month, cable networks are planning full-court coverage for scheduled hearings this week. Most broadcast networks plan to break in to regularly scheduled programming while offering uninterrupted coverage via their digital outlets.