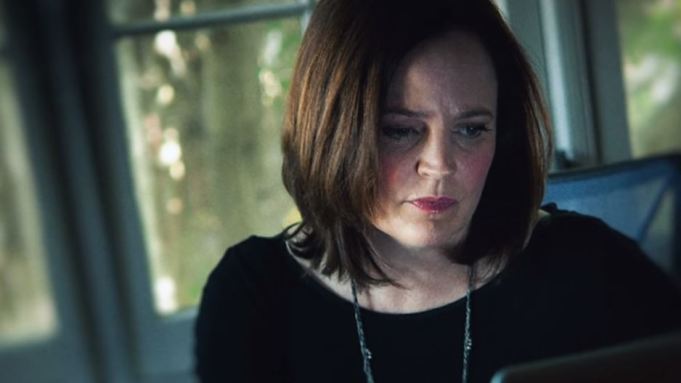 HBO has released the trailer for I’ll Be Gone in the Dark, its six-part documentary series about the hunt for the Golden State Killer undertaken by crime writer Michelle McNamara. Emmy-winning director Liz Garbus, helmed the series along with Elizabeth Wolff, Myles Kane and Josh Koury. Episode 1 debuts June 28 at 10 PM and new episodes debut each subsequent Sunday.

It was McNamara who coined the name for the the Golden State Killer, who terrorized California in the 1970s and ’80s and was responsible for 50 home-invasion rapes and 13 murders after investigations tied together crimes from both northern and southern California. After decades of investigations that included McNamara and required advancements in forensic DNA testing, former cop Joseph DeAngelo was arrested in Sacramento in April 2018.

McNamara, the wife of Patton Oswalt, blogged about true crime and became infatuated with the investigation, eventually landing a book deal to write about the case. She died in her sleep in 2016; Oswalt worked with journalist Billy Jensen and researcher Paul Haynes to finish the book, I’ll Be Gone in the Dark: One Woman’s Obsessive Search for the Golden State Killer, which debuted in February 2018 at No. 1 on the New York Times bestseller list.

The day DeAngelo was arrested, Oswalt tweeted: “I hope you got him, Michelle. I hope THEY got him.”

Oswalt is part of the HBO docuseries, which uses exclusive original recordings and excerpts from the book read by Amy Ryan, archival footage and police files and new interviews with detectives, survivors and family members of the killer to weave together a picture of the massive investigation.

As McNamara says in the trailer, “The story of the victims must be told.”