Continue to Deadline SKIP AD
You will be redirected back to your article in seconds
Skip to main content
December 12, 2018 4:55pm 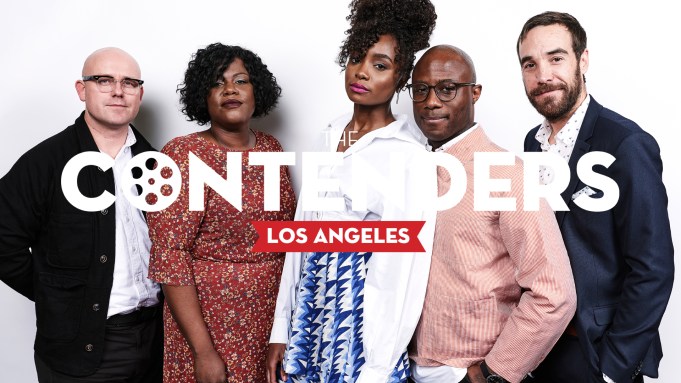 Two years ago, Barry Jenkins joined me on a panel at Deadline’s sixth annual The Contenders Los Angeles awards-season event to talk about a then little-known film called Moonlight. It would go on to famously win the Best Picture Oscar, along with a screenplay Academy Award for Jenkins himself. Now, two years later, he has a follow-up film, Annapurna’s If Beale Street Could Talk, and he joined me onstage last month at the DGA for the eighth annual Contenders to discuss it.

This time we talked James Baldwin, and how Jenkins went to Europe at the same time he was writing Moonlight and wrote — on spec — an adaptation of this book he was so passionate about.  He calls it a blessing that he didn’t have a deal for the script or the rights, as it gave him complete freedom to do it his way.

His discovery Kiki Layne, who plays Tish, told the packed crowd of Academy and guild voters of the innocence and determined strength of her 19-year-old character, who finds herself pregnant while her boyfriend (Stephan James) is incarcerated for a crime he didn’t commit. That is right at the crossroads of what Jenkins says he loves about Baldwin: blending pure sensuality and romantic stories with stringent social issues of the time.

Oscar-nominated film editors Joi McMillon and Nat Sanders talk about how the unique structure was achieved through the editing process, and cinematographer James Laxton describes the visual look he and Jenkins were going for.