Continue to Deadline SKIP AD
You will be redirected back to your article in seconds
Skip to main content
September 10, 2020 8:16am 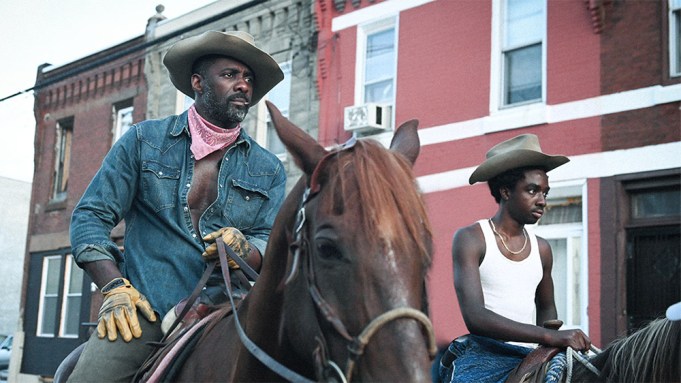 Set amongst the North Philadelphia urban cowboy subculture, the film is inspired by the real-life Fletcher Street Stables – a black urban horsemanship community – and by the novel Ghetto Cowboy by Greg Neri.

The story follows 15 year-old Cole (McLaughlin) who is taken to live with his estranged father Harp (Idris Elba). Torn between his growing respect for his father’s community at the stables and his re-emerging friendship with his troubled cousin, Cole begins to re-prioritize his life as the stables themselves are threatened by encroaching gentrification.

Produced by Elba and Philadelphia native Lee Daniels, first-time director Ricky Staub made the tribute to his neighborhood in collaboration with the community members of the Fletcher Street Stables who are featured throughout the film.