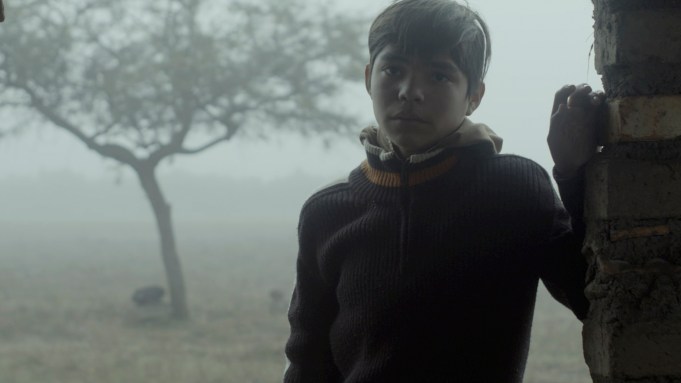 Here’s Kino Lorber’s engaging first U.S. trailer for well-received Sundance Spanish-language drama Identifying Features, about a mother (Mercedes Hernandez) who travels across Mexico in search of her son who authorities say died while trying to cross the boarder into the U.S. Fernanda Valadez’s film picked up two prizes at Sundance and will open in theaters and virtual cinemas in January 2021 after its New York premiere as an official selection at New Directors/New Films. The film was recently nominated for a Gotham Award for Best International Feature, and previously played festivals including San Sebastian, Zurich, Morelia, and Thessaloniki. At Sundance, the film won the World Cinema Dramatic Audience Award and the same category’s Best Screenplay prize. Avanti Pictures and Corpulenta Producciones produce, Alpha Violet handles sales.

Wonderfilm Media Underway On Doc All In: Miracle At St. Bernard’s

EXCLUSIVE: Jeff Bowler and Bret Saxon’s Wonderfilm Media has completed the fourth of eight weeks of principal photography on documentary All In: Miracle At St. Bernard’s. The feature-length doc charts the true story of how St. Bernard’s, a small private Catholic high school in Fitchburg, Massachusetts, found itself facing a dramatic shut-down. The film follows the community as they pour their hearts and souls into saving their school from being permanently shuttered and how the community rallied round the school’s football team which went from minnow to state champion. The film is being directed by Gregg Backer. Other producers include Foglight Entertainment’s Gregg Backer and Evan Kanew with Nathan Bilotta serving as executive producer. “As a St. Bernard’s alum and filmmaker, I was tapped by the school to help tell this truly remarkable story to the world,” said Bowler. “This feel-good, underdog tale is about so much more than football. The story is about a community that rallied together to create their own miracle. Faced with the closing of their beloved high school, students and faculty members stepped up to the plate to save their school, with unwavering perseverance.” Wonderfilm has previously produced docs including Emmy winner Unchained: The Untold Story Of Freestyle Motocross and Dirty Oil aka Downstream.