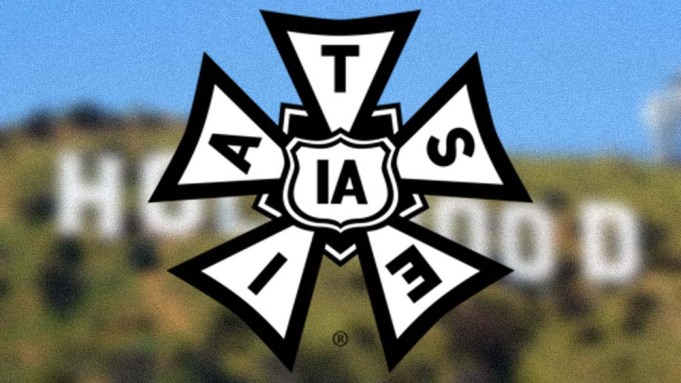 “Our resolve and our demonstrated willingness to walk off the job took management by surprise and was ultimately what forced the producers to finally move on our central issues after months of talks,” declares IATSE in a video pitch to union members to vote Yes on the new deal tentative stuck last month.

“This is what winning looks like,” adds a blunt slate in the video – which you can watch above.

“We achieved objectives our union has been pursuing for decades,” claims the latest push for ratification this weekend of the proposed agreement that at the 11th hour prevented a near full scale strike hitting Hollywood on October 18. The just over 12 minute video offers the union leadership POV on the long fought talks with the AMPTP, what was achieved and why the IATSE brass want members to sign off on the 2021 Basic Tentative Agreement, as it is formally known.

“The new contract is overwhelming endorsed because it provides extraordinary gains in all our priority areas and no reductions to existing benefits or working conditions,” the modulated tones of the voiceover says as the logo of the 13 Hollywood logos fill the screen. “We urge you to vote Yes.”

When it comes to actual voting, the 60,000 members of IATSE re expected to find ballots and login information in their inboxes tomorrow at 6 AM PT/9 AM ET Similar to the massive strike authorization vote of early October, most members will likely vote early. However, digital voting will run until 8:59 PM PT/11:59 PM ET on November 14.

Brokered on October 16, as Deadline first reported, the new deal includes “improved wages and working conditions for streaming,” 10-hour turnaround times between shifts; an end to “Fraturdays”; “Diversity, Equity and Inclusion Initiatives”; a $370 million into the health and pension plans, a 3% rate increase every year for the duration of the proposed contract, and MLK Day is now a Hollywood workers holiday, among other changes.

Waiting until the lawyers did their work and a new Area Standard Agreement, covering 26 locals outside of Los Angeles, was reached on October 26, the fine print on the Basic Agreement was unveiled last week in a 49-page Memorandum of Agreement.

Almost from the moment the deal with the studios, streamers, networks and producers was announced in mid-October there had been dissent among some members of the worth of the agreement. As more and more information has emerged, those voices have grown louder in certain circles and predominately among younger members. Some, at invite only town halls and on social media, have even been advocating a No vote in the hopes of getting a better result from AMPTP

However, the fact is the producers could legally refuse to return to the bargaining table if they wanted to in response to a rejection of the new deal. That membership backlash and AMPTP possibility is why the union has hit the campaign trail hard and on multiple fronts in recent days.

“I recommend you carefully review the information on the new agreement and vote in favor of its ratification,” IATSE chief Matt Loeb told members in a message sent out to members today. “I do sincerely appreciate the level of interest of so many of you throughout this whole process, that has been extraordinary,” said the Editors Guild Cathy Repola in a note sent to Local 700 members on Thursday. :Whatever the outcome of this vote, we must move forward together, drawing upon the passionate interests demonstrated by so many members, and do the work necessary to create the union we all envision,” the IATSE National Executive Director added.

Among the many victories the union is reveling in is that $370 million injection of cash via hourly benefit contribution increases from employers over the three year life of the new deal. “Our health plan and pension remain strong,” they say in the new video. However, there is nada on residuals from the streamers, a sore point for many who are looking at the viability of the heavily subscribed the plans over the long term.

Earlier this week, IATSE also set up a new website so members could “learn what’s in the most significant basic agreement in years.”

Perhaps telling of one of the union’s biggest bragging points of the new deal, that new site prominently displays a quote from Dr. King: “The labor movement did not diminish the strength of the nation, but enlarged it.”