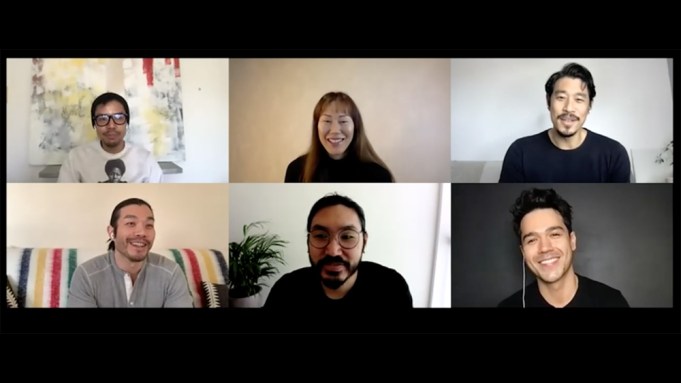 I Was A Simple Man is a different kind of ghost story. In this case, the term “ghost” can be synonymous with “memories” — and that is what filmmaker Christopher Makoto Yogi (August at Akiko’s) is going for in the familial drama which makes its world premiere at Sundance in the U.S. Dramatic Competition. Yogi was joined by actors Kanoa Goo, Chanel Akiko Hirai, Tim Chiou and Nelson Lee in Deadline’s Sundance Studio to talk about the nuance presented in the I Was A Simple Man and how the Hawaiian culture helped sculpt this very unique narrative.

“It was always the goal to make it feel honest to my experience growing up in Hawaii,” said Yogi. “When I think back to my childhood, I was always surrounded by ghost stories…it’s very much a vibrant part of the culture. They are told in the same ways that one would trade memories.”

Yogi had this obsession with the idea of the supernatural and the islands and from this came the premise for I Was A Simple Man. Set on the north shore of Oahu, Hawaii, Steve Iwamoto plays Masao, an elderly man who is facing the end. While going on that journey he is visited by the ghosts and memories of his past. Yogi incorporates his own Hawaiian culture, lore, and family history for this very surreal, yet grounded story.

“It felt true to my own experience to being in the room with someone who was passing away; being surrounded by their memories,” Yogi said of writing the story.

For the actors, they connected with the story as it made them examine their relationships with their family. Each cast member had a connection to Yogi’s story of loss and grieving. For Lee, he is currently experiencing someone being sick in his family and he is starting to pay more attention to things that he didn’t pay attention to when he was younger.

“It kind of whips by you,” he said. “All of a sudden when you’re confronted with that, you really do take stock and think of your past.”

I Was A Simple Man, which also stars Constance Wu and Boonyanudh Jiyarom, makes its world premiere today at 3PM ET. It will also screen for accredited badge holders on January 31 at 10AM ET. The film will also have satellite screenings on January 29 at the following times and locations: