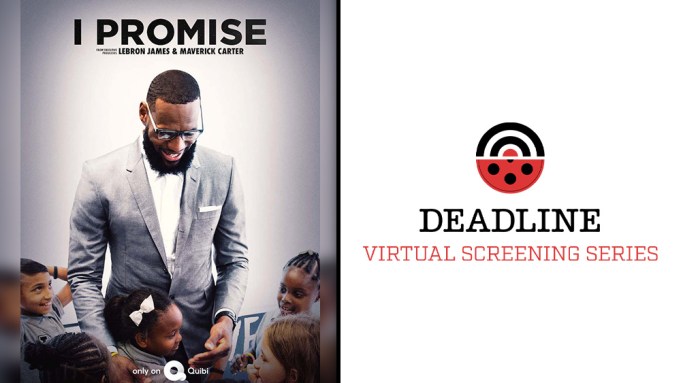 “We wanted to tell that story as it related to the first year. We wanted people to know it’s not all roses — there are some thorny parts of it,” said Maverick Carter, who served as an executive producer alongside LeBron James on the Quibi docuseries I Promise, which details the first academic year of James Family Foundation’s I Promise School in Akron,
OH.

The school, which opened in 2018 in James’ and Carter’s hometown, targets at-risk children in the community and strives to close the achievement gap. The 15-episode series chronicles the journey of the organization’s students and teachers in the inaugural outing and showcases the peaks as well as the pits.

“There are some ups and downs,” Carter said. “For those who’ve watched, you will understand this is not like a commercial on how great this school is and come to this school. It’s the real nitty-gritty of what it takes to try and change systems in America that really helped people push forward.”

Discussing the purpose of the documentary, he said: “We really thought that was a story that needed to be told as it related to what LeBron and Michele [Campbell] and the Foundation in Akron public schools were attempting to do. Plus, it’s a story that the rest of the country and the world needs to see and understand, so they understand that this is not easy.”

It’s a different approach from the offerings in a traditional public-school setting as the administration aims to work with each student holistically.

“When you’re dealing with students who are at risk, who come from a place like LeBron and myself, you have to really focus on the whole student,” Carter said. “And that means their parents, their family life, their home life, food. Students come to school hungry, and that affects how they study and read and prepare. So you really have to deal with the student in totality and the family.”

Carter said that was the biggest takeaway from his experience.

“If you really care about someone and want to help and want to push and change a system, then you have to focus on the whole thing, especially with young kids and kids this age,” the producer said. “It’s not just about being the smartest or reading the best, it’s like the whole kid has to be dealt with. I think we really learned that going through this.”