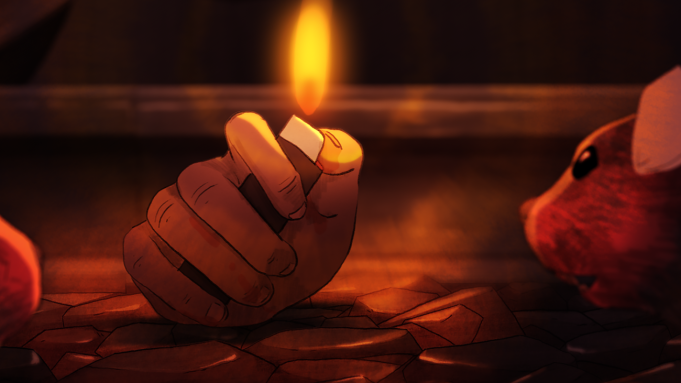 EXCLUSIVE: The Animated Feature Oscar contest has some of the usual suspects including the latest mega-grossing sequels from Pixar (Toy Story 4) and DreamWorks Animation (How to Train Your Dragon: The Hidden World) and another stop-motion entry (Missing Link) from Laika, which has been nominated for every single one of its films and took an upset win at the Golden Globes. But there’s also a new player this year in Netflix, which scored nominations for its first in-house production, Klaus, and its pickup out of Cannes, the French production I Lost My Body.

Click the link above to watch an exclusive new featurette describing the I Lost My Body filmmakers’ journey to bring this unique project to the screen.

The story of a severed hand that escapes from a lab in order to try and reunite with its body, this is rare entry in the Animated Feature race that is aimed at adults, not kids. It represents the feature film directorial debut of Jeremy Clapin, who co-wrote it with Guillaume Laurant, a past Oscar writing nominee for Amelie whose credits also include A Very Long Engagement and The City of Lost Children. This represents his first stab in the animation field. Marc Du Pontavice is the producer.

Using a combination of 3D and 2D techniques along with other visual innovations, I Lost My Body had been in development since 2012 and is one of four French productions overall to earn Oscar recognition this year. Can it pull off an upset against far more established Animation behemoths in the race, as well as Netflix’s other entry? We will know soon enough.

Over the weekend, Netflix dominated the Annie Awards by winning seven for Klaus and three for I Lost My Body, which took Best Indie Feature, Music and Writing awards. I guess we could call the latter French entry the little toon that could; it also has won several critics’ awards including the prestigious Critics’ Week prize at the Cannes Film Festival, where it premiered in May — a rare feat for an animated movie. It also is nominated for three César Awards in France (Animated Film, Writing and Music) and for Animated Feature at the Lumiere Awards. It also took the Grand Prize and the Audience Award at the Annecy Film Festival.