Continue to Deadline SKIP AD
You will be redirected back to your article in seconds
Skip to main content
June 25, 2020 4:47pm
1Comments 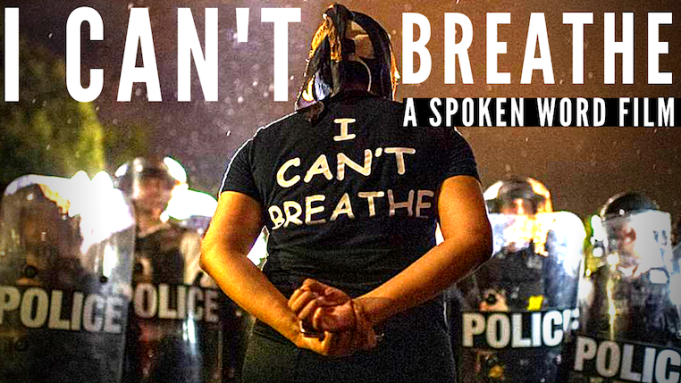 The filmed death of George Floyd under the knee of a Minneapolis police officer galvanized a generation, and a nation. And a planet. Now comes a powerful short film titled after that man’s last words.

I Can’t Breathe is a forbidding and foreboding five-minute spoken-word film featuring David Bianchi’s poetry set against images of protest and police brutality: “Judge, jury and execution by a man dressed in blue,” as he describes it. Watch the film directed by Ryan LeMasters above.

“These times are calling for understanding. The global movement to abolish racism is here,” said Bianchi, a writer, director, producer, poet, actor and founder of Exertion Films. “I tell the story honestly to offer a hopeful perspective on why the fury runs so deep. Watching George Floyd’s murder and witnessing the social rage and push for change evoked old trauma of my life,”

Bianchi, who recurs on USA’s Queen of the South, gives a man of color’s honest and pained view on America’s new civil rights movement and talks about the deep cultural rage and distrust.

Here’s an excerpt of his poetry in the film:

Do I look infected to you because I’m not white?
Do you see me as evil without blue eyes in my sight? Am I not human?
Do I not walk upright? So why do you beat me, Why do you shame me?
Why do you draw your weapons on sight?