Continue to Deadline SKIP AD
You will be redirected back to your article in seconds
Skip to main content
August 30, 2019 12:15pm 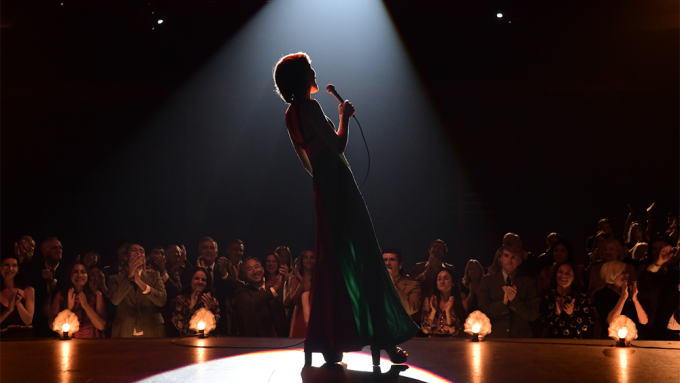 EXCLUSIVE: Right out of the gate on September 5, opening day of the Toronto International Film Festival, a new film that hits right in the heart of the movies’ current love affair with pop stars (i.e. Bohemian Rhapsody, Rocketman, Yesterday, Blinded by the Light) will have its world premiere as a Special Presentation. This time it is Australian sensation Helen Reddy’s turn, with a cinematic look into the professional and personal life of the singer who took the world by storm in 1971 with an anthem that still holds great significance and also serves as the title on this compelling biopic.

I Am Woman covers the beginning of her pop career — when she arrives in NYC with a 3-year-old daughter and no money — to eventual superstardom and a toxic marriage to her drug-addicted manager Jeff Wald to a triumphant third act that ends in Washington D.C., where Reddy again got to sing that famous anthem at the infamous 1989 Women’s March in front of 300,000 who sang right along. This stirring moment certainly fits right in with the new wave of these biopics that come ready-made with a great soundtrack to help sell them, as well as new energized power for women that makes this feel very current in its attitude.

Up for sale at Toronto, I Am Woman was directed by Unjoo Moon, appropriately one of the many female helmers TIFF is touting in this year’s selection. Cinematographer is Oscar winner Dion Beebe, who happens to be married to the film’s director.

“When I started this journey I could never have predicted that a new wave of women’s marches would once again rise up around the world, and I certainly could not have foreseen the #MeToo campaign that would bring the conversation of sexism powerfully back into focus,” Moon said in her director’s statement for TIFF. “What started as a beautiful, touching biopic about the queen of ‘housewife rock’ and the music that captured the spirit of an era has now become even more poignant and deeply relevant to a whole new generation of people.”

Even though she doesn’t do her own singing (Reddy’s recordings as well as amazing Australian sound-alike singer Chelsea Cullen do the honors for the most part), Tilda Cobham-Hervey nails the role of the star, She gets great support from Evan Peters (American Horror Story, Pose) in a raw and honest performance as Wald, caught in a downward spiral after a flush of success, and Danielle MacDonald (Patti Cake$) as famed rock journalist Lillian Roxon, who became close friends with Reddy, pushing her to greater heights along the way. In some ways it has the vibe of A Star Is Born, except this story really happened. Moon says all the real-life players have seen and approved of what she has put onscreen — which, considering how dark it goes into their relationship at some points, probably is all the praise she could ask for.

As for Reddy, she’s now retired and lives in L.A. at the Motion Picture Home in Woodland Hills. I saw her perform there for the Motion Picture Fund’s 95th anniversary in 2016, where she sang one of her biggest hits, “You And Me Against The World” (also among those tunes heard in the new film), proving then, long after her prime in the spotlight, that she still had it. This film is fitting and highly entertaining tribute, so hopefully people get a chance to see it. At TIFF there will also be a special street concert featuring Reddy’s grandaughter, Lily Donat, and songwriter/producer Alex Hope singing music from the film and Reddy’s vast catalog.

Check out the exclusive first look clip by clicking on the link above.