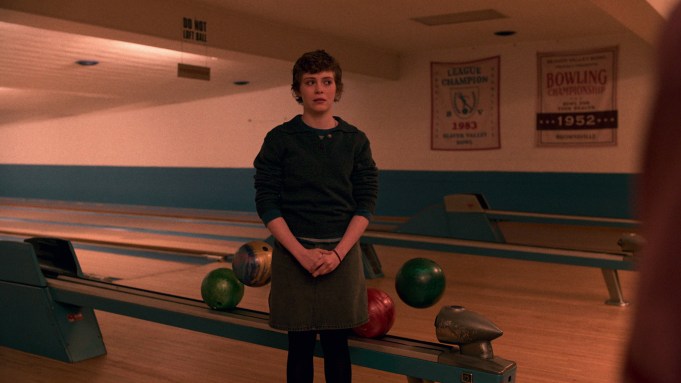 Netflix has released the official trailer for I Am Not Okay With This, its upcoming YA series based on Charles Forsman’s graphic novel that hits the streaming service on February 26. The series has strong lineage: it comes from 21 Laps Entertainment, which is behind Netflix’s signature Stranger Things, and is co-created by Jonathan Entwisle, who co-created the Netflix/Channel 4 series The End of the F***ing World also based on a Forsman IP.

I Am Not Okay With This, from executive producer/director Entwisle and co-creator/writer Christy Hall, follows Sydney, played by It‘s Sophia Lillis, who’s navigating the trials and tribulations of high school while dealing with the complexities of her family (her father has been killed in a weird incident), her budding sexuality (she’s in love with her best friend, Dina, played by Sofia Bryant) and the mysterious superpowers (hint: don’t lose to her in bowling) beginning to awaken deep within her.

Entwisle has called the seven-episode series something “that has a very John Hughes feel to it — X-Men meets The Breakfast Club meets Lady Bird.