'Supernatural' Prequel 'The Winchesters' In Works At the CW From Jensen & Danneel Ackles
Read the full story
January 27, 2019 10:26am
3Comments 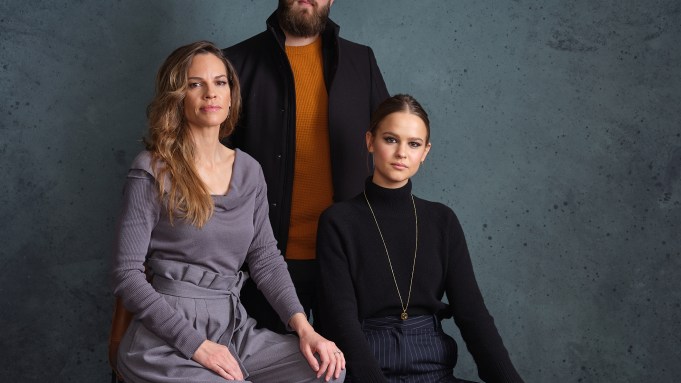 In Grant Sputore’s feature film debut I Am Mother, we are brought into a dystopian world where the human race is extinct and a robot named Mother (voiced by Rose Byrne) commences her protocol in a high-tech bunker deep beneath the Earth’s surface. Clara Ruggard plays a young woman born from a test-tube embryo and raised by Mother, while a Hilary Swank plays a wounded woman who arrives at the bunker door, doubting Mother’s account of the earth’s fate and threatens the unique bond between Mother and her “daughter.” The Oscar-winning actress was immediately drawn to the A.I.-driven story and the role.

“I connected to the survivalist in my character,” says Swank in Deadline’s Sundance studio. She adds that her character begs the question,  “What do you do when you’re faced with a post-apocalyptic world?”

Sputore chimes in: “You want to be with Hilary Swank!”

Swank thanks Sputore and continues, “I am fascinated by people who persevere… I was immediately drawn to the entire script and all the characters.”

Rugaard says that there is “crazy genius brains” behind the film, referring to Sputore’s vision and the script by Michael Lloyd Green. In addition to being a story focusing on A.I. she adds, “It’s also a coming of age story…she’s very relatable. She has a very cool journey throughout.”

Swank echoes the praise for the work by Sputore and Green saying that it was a “smart idea” and they articulated the vision well.

“It’s an important time to evaluate what our relationship with technology could look like in the coming years,” Sputore says.