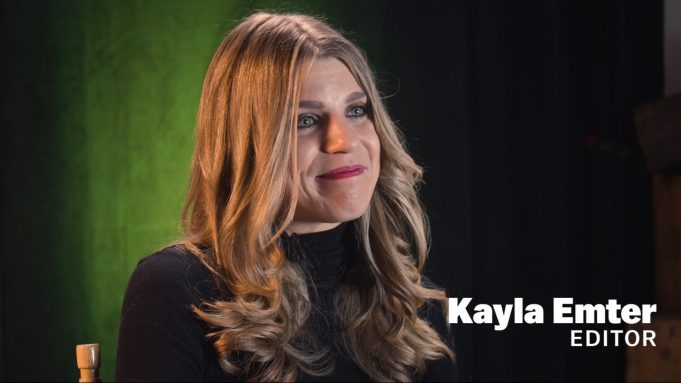 Reteaming with writer/director Lorene Scafaria on Hustlers, following their first collaboration on 2015 dramatic comedy The Meddler, editor Kayla Emter says she found the project to be “the editor’s dream.”

“So much of what’s special on the screen was in the script. I have a non-linear story structure; I get montages, voiceover, great music tracks, a killer cast—just the full toolkit to play,” Emter notes, in the latest installment of Deadline’s Production Value video series. “So, it was just about every day, diving in and making sure whatever we ended up with was the best version that could exist.”

Based on a viral New York Magazine article by Jessica Pressler, Hustlers centers on Destiny (Constance Wu) and Ramona (Jennifer Lopez), a novice stripper and the veteran that guides her through an unfamiliar world. Examining the friendship that evolves between the two, the comedic crime drama sees the pair gather up a crew in their native New York City to drug and steal from the strip club’s wealthy Wall Street clients.

For Emter, one of the biggest challenges in cutting the film was the amount of voiceover involved. “I think people underestimate the amount of time that goes into it—the nuance, the performance, the growth of it, the level,” the editor reflects. “It did change from what was in the script, and we were always re-evaluating, did it need to be rewritten to support the friendship?”

Another major aspect of Hustlers that informed Emter’s work was its central framing device, which had journalist Elizabeth (Julia Stiles) digging into Destiny and Ramona’s story, after their crimes came to light. “What I thought was so clever about how the interviews worked is, depending on what Destiny and Elizabeth’s interaction was, it kind of colored how Destiny was telling her story,” she explains. “So, the tone changed when Destiny changed.”

Beginning her editing career in 2004 and finding her big break in 2012, on James Gray’s The Immigrant, Emter first came to editing while growing up in North Dakota. “Growing up, I wasn’t surrounded by a ton of film culture, or the quintessential film classics. Primarily in my household, we had ’80s and ’90s action flicks, which is no judgment. The Rock is still one of my favorite movies,” the editor explains. “ But [what] we lacked in film culture, we made up for in technology.”

For Emter, the way into editing was through iMovie—an Apple video editing software which was brand new at the time. “On one dull North Dakota day, I just came across it and got completely sucked in for the entire day, playing with music, all of the cliché transitions—dissolves, star wipes, the clock wipe. I lost track of time, and I was hooked,” she says.  “Then, it dawned on me that creating something can evoke emotions, and that was really powerful to watch. People being touched and moved by something I created, it felt like some kind of magic, and I was like, ‘This is what I want to do.’”

Drawing critical praise in its premiere at the Toronto International Film Festival, Hustlers went on to become a major box office hit in its September debut, grossing over $156 million worldwide. But for Emter, what was most meaningful in the film’s release was to see it make its way to her hometown.

“You know you have a good movie on your hands when it plays in Bismarck, North Dakota. It was on two screens, which does not happen a lot,” the editor reflects. “So I was like, ‘Oh, that’s great. My family doesn’t have to drive three hours to Fargo [to see the film].’”

For more from our conversation with the editor of the STX Entertainment title, click on the video above.