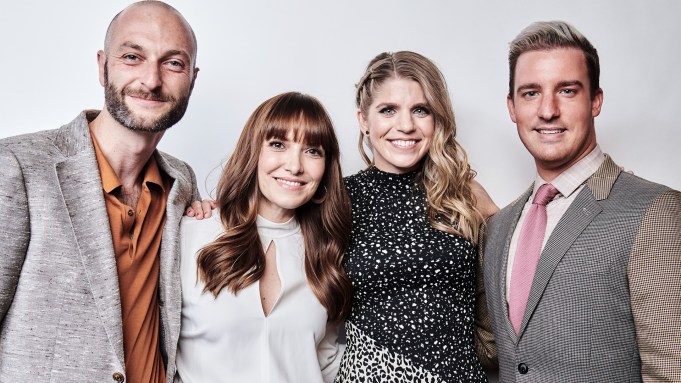 Few could have imagined at the beginning of the year that a film about strippers spiking Wall Street wolves with a ketamine-and-molly KO combo would turn out to be anything other than a guilty pleasure, especially with Jennifer Lopez as a mink-clad pole dancer named Ramona. And yet Lorene Scafaria’s Hustlers has been the surprise hit of 2019, receiving acclaim for its humane depiction of the reality of life for mainstream sex workers.

“It’s based on a true story of these women who met and formed this business together,” Scafaria told Deadline’s Joe Utichi at the ninth annual Contenders Los Angeles. “It just talked about so many themes I was excited to talk about, in a really organic way: capitalism, gender and the economy. I thought it was a beautiful friendship story, at its core. I thought it was a world that we think we’ve seen a lot of, but so few stories about strippers have been told from their point of view, and we wanted to see it in a different way. So, that was all really exciting.”

Scafaria’s masterstroke was to cast Lopez, who turned 50 in July this year but makes mincemeat of her co-stars. “I didn’t have any actors in mind when I was writing the script,” said Scafaria, “but the minute I re-opened it, Jennifer Lopez was Ramona and there was no second choice.” Luckily, Lopez said yes. “It was really exciting to see her in something dangerous,” said the director, “something that, I think, feels familiar, in a way. It’s a little bit of a wink to who she was in the 00s—she was kind of the Queen of New York at that time— and I just thought it’d be so fun to see her in a dangerous sort of supporting role.”

To hear more from the Hustlers crew, watch the video above.