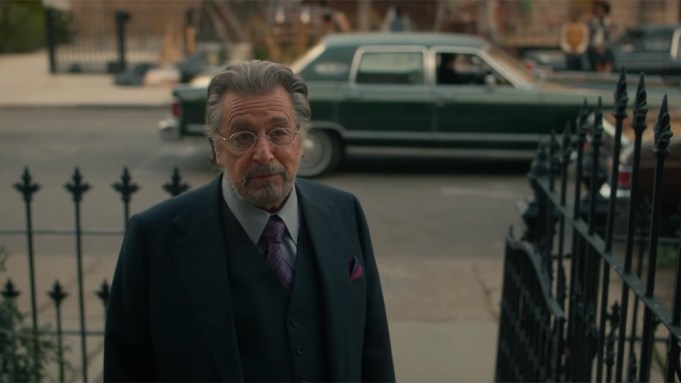 Amazon is making a big push with Hunters, its upcoming drama series starring Al Pacino. The Nazi hunter tale is gearing up for its worldwide Prime Video launch February 21 by buying a 60-second spot during Sunday’s Super Bowl.

The ad for the game released Tuesday provides a sneak peek at the band of hunters led by Meyer Offerman (Pacino) and Jonah Heidelbaum (Logan Lerman), who have set out to stop the Fourth Reich from rising to power in 1970s America.

The plot revolves around the Hunters, as they’re known, who have discovered that hundreds of high-ranking Nazi officials are living among us and conspiring to create a Fourth Reich in the U.S. The eclectic team will set out on a bloody quest to bring the Nazis to justice and thwart their new genocidal plans.

“This is bigger than anyone realizes,” Pacino’s Offerman says in the ad (see it above).

Check out the ad above.