Continue to Deadline SKIP AD
You will be redirected back to your article in seconds
Skip to main content
March 5, 2021 1:22pm 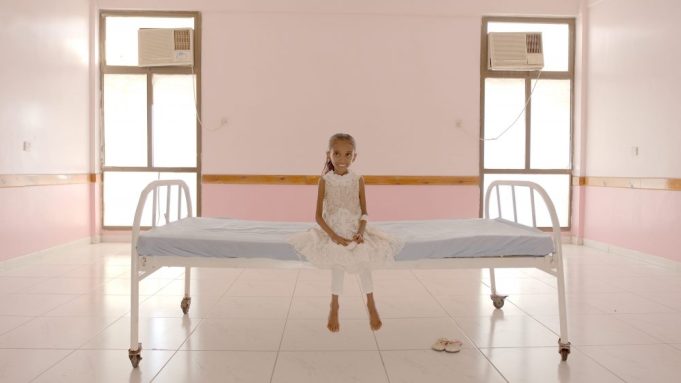 EXCLUSIVE: The brutal civil war in Yemen has become a proxy fight between Saudi Arabia and Iran, each regional power backing rival forces in the contest for control over the Middle Eastern country. As always in war, those who suffer the worst are innocent civilians.

Skye Fitzgerald’s Hunger Ward, the Oscar-shortlisted short documentary from MTV Documentary Films, examines the toll of the war on Yemen’s most vulnerable—children who are dying from lack of nutrition. Food assistance cannot get to the starving because of the relentless bombing campaign by Saudi forces, who have used munitions supplied by the United States (the Biden administration recently announced it will no longer offer military support to Saudi Arabia’s intervention in Yemen).

In this exclusive scene from the film, Fitzgerald narrates a chilling moment capturing what happened when three missiles destroyed a building where a large crowd had gathered for a memorial service.

“I really wanted to include sort of a distilled illustration of what the bombing campaign has wreaked in Yemen in the course of the war that has contributed to the famine,” Fitzgerald explains. “I wanted it to serve as a sort of catalyst for empathy. It’s one thing to hear about a bombing. It’s another thing to sort of be there.”

Fitzgerald filmed the ruins of the building targeted in the attack. A man who survived the devastating assault says in anguished tones, “The world needs to know the depth of the Yemeni people’s suffering.”

Fitzgerald earned an Oscar nomination for his previous short documentary, 2018’s Lifeboat. Hunger Ward was produced by Fitzgerald and Michael Scheuerman. Haley Pappas and Jody Allen are among the executive producers, as is Sheila Nevins, head of MTV Documentary Films.

Watch the narrated scene in the video above.