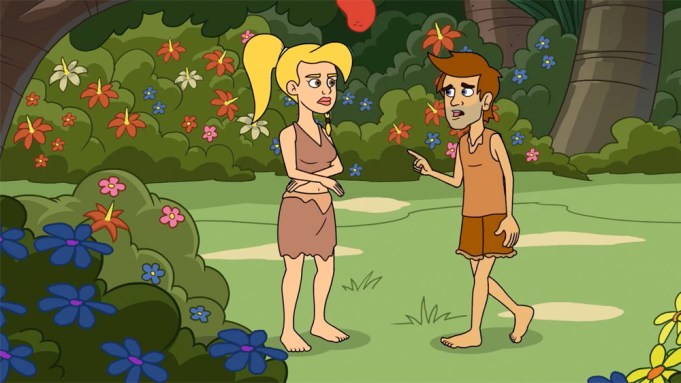 It’s the dawn of civilization and humans don’t know how to act, what to eat or what a wheel or fire is. In the new trailer for the Facebook Watch animated series, we see characters voiced by Zac Efron and Anna Kendrick try to navigate this new thing called human civilization and try to make it to the end of the day without dying.

Created by Chris Bruno and David Howard Lee, the series focuses on Gary (Efron) and Jane (Kendrick) as they live their best prehistoric lives along with their friends Trog (Lamorne Morris), Minerva (Jillian Bell) and Ugg (Paul Scheer). As seen in the trailer above they are just trying their best to survive while having fun and getting drunk off of rotten grape juice. Much more importantly, they stumble onto humanity’s best, and worst, innovations. Art. Alcohol. Fashion. Racism. Small talk. And, much to their confusion, monogamy.

Bruno and Lee first came up with the idea for the series over a shared bag of popcorn. That led them to wonder about the first person to pop a corn kernel over a fire. The series evolved into a social commentary on 2019 through the lens of prehistoric times.

Human Discoveries is produced by ShadowMachine, the team behind the hit series Bojack Horseman as well as Efron’s production company Ninja’s Runnin’ Wild.